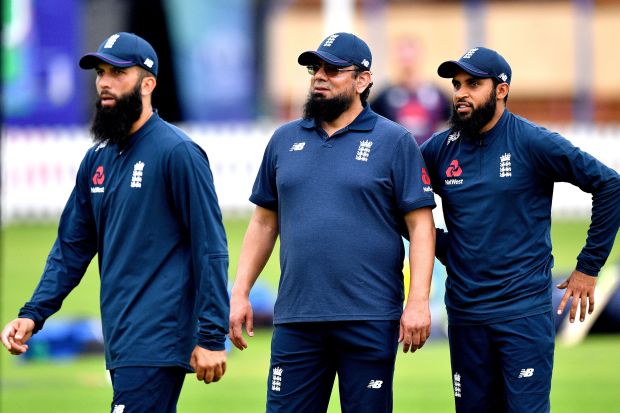 London: England's "one-dimensional" batsmen are flat-track bullies who do not have an alternative plan if they are required to graft an innings in bowler-friendly surfaces, former batsman Geoffrey Boycott has said.

The World Cup hosts have had mixed fortunes at the tournament so far, posting two 380-plus totals but flattering to deceive on pitches that do not favour their aggressive approach to batting.

It was England's second loss after their 14-run defeat against Pakistan at Nottingham.

"England are a one-dimensional batting unit and don't seem to have a plan B or C," Boycott wrote in a column for The Telegraph. "If they do have alternative plans, they do not execute them very well.

"Twenty times out of 21, pitches in one-day cricket are conducive to big scores and England look invincible on those surfaces.

"But when they get a pitch that is not absolutely perfect, when the ball just sticks a little in the surface and does not quite come on to the bat, they cannot handle it. Most of them are not capable of adapting or changing their way of batting."

Boycott, who scored over 8,000 runs in Tests, reserved special praise for England batsman Joe Root who he said was capable of playing well in all formats of the game.

But the 78-year-old was scathing in his criticism of opening batsman James Vince.

"Joe Root is the exception because his run scoring in all cricket is based on an excellent technique," Boycott added.

"I am sorry for all those people who think James Vince is an international batsman. Vince plays pretty little cameos but keeps getting himself out.

"He flatters and then deceives us without ever delivering a big score. When is he going to learn? It appears never."

England, who are fourth in the standings, play second-placed Australia at Lord's on Tuesday.

"If you look at their trend, they tend to bounce back and go ultra-aggressive as well. We are ready for that, we are expecting them to come ultra-hard, which has been one of their main traits over the last couple of years," Finch said in a video shared by ICC.

Australia has won five out of six matches in the premier tournament and is placed on the second position in the points table.

Finch denied changing their game plan according to their competitors and said that they are going to focus on what they have already been doing.

"We are focusing on what we are doing well and what we can improve in our game," he said.

The game does hold an extra ecstasy among cricket fans but Finch revealed that it is just another game for them in the tournament and they will aim to add another two points to their tally.

"I think you always remember World Cup games regardless of who it is against. I do not think you can put more importance on one game over another. It is going to be exciting and big no doubt but at the end of the day it still two points up for the grabs," he said.