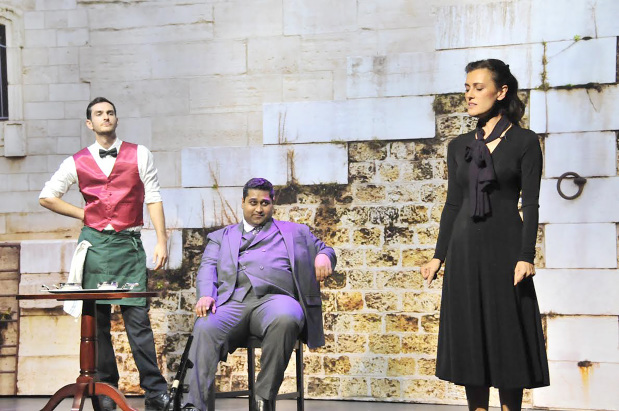 A THEATRICAL collaboration between the Manama Theatre Club and At The Moment Productions brings you Piaf, a tribute to the surprisingly exciting life and delicious music of Edith Piaf.

One of France’s most popular international stars, Piaf was born Edith Giovanna Gassion and is fondly remembered as La Mome Piaf (The Little Sparrow).

The name, which was given to her by nightclub owner Louis Leplee for her tremendous voice and tiny frame (4 feet and 8 inches), would stay with her for the rest of her life and also served as her stage name.

Hers is a life of awe and at times shock, so expect to be transported to the world of the little songstress, belovedly known worldwide for her hits L’Accordeoniste, Milord and Non, je ne Regrette Rien.

Having no acquaintance whatsoever with Piaf’s life and being a huge fan of her voice, I was delighted to be able to watch a dress rehearsal of the play.

The role of Piaf was played by Mariyana AlZurikat, who was unfortunately a bit under the weather the night of the rehearsal.

Nevertheless, she soldiered on never missing a line or lyric, carefully portraying the depressing yet engrossing life of Piaf filled with addictions, affairs and personal anguish.

Piaf is a story of how going from rags to riches can sometimes not be ideal, portrayed by her inner turmoil, rude behaviour and addictions.

One of the best climaxes of the play was definitely the scarf loaned by Toine, which was later used by Piaf to aid her addictions.

The show is both sad and intriguing at the same time, giving you a peek into the life of a great star.

The play opened last night at the British Club, with two shows slated for this weekend.

Tonight’s show will be accompanied by dinner starting at 6.45pm, while tomorrow’s show will start at 7.30pm.