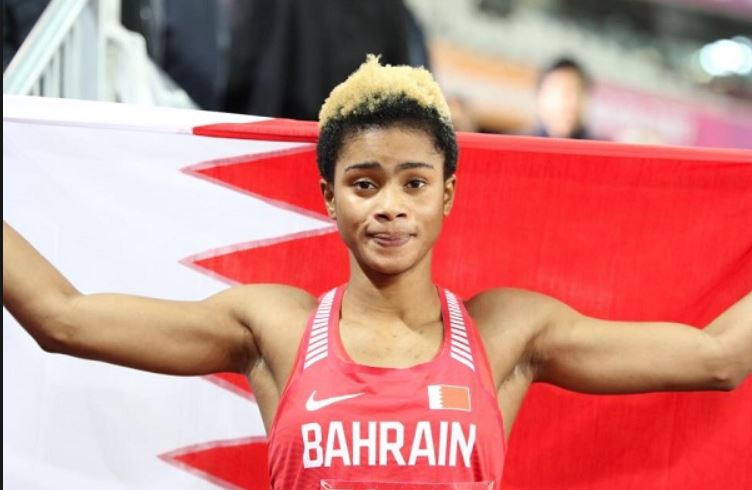 BAHRAIN’S Salwa Eid Naser set a new national record in the women’s 200 metres early this morning at the Prefontaine Classic in Palo Alto, Calinfornia, in the US.

The Prefontaine Classic was a part of the International Association of Athletics Federations (IAAF) Diamond League series of meetings.

In the women’s 200 metres, Salwa was competing in an event that was not her usual distance of 400m. Still, she managed to make a strong challenge for the front as she finished fourth in 22.51 seconds. This was a new Bahrain record, eclipsing the 22.62s mark of countrywoman Edidiong Odiong and the 22.65s of Ruqaya Al Ghasra.

Blessing Okagbare of Nigeria won in 22.05s. Elaine Thompson of Jamaica was second in 22.21s, while Dina Asher-Smith of Great Britain came third in 22.42s.

In the men’s two miles, Balew was in the middle of the field for much of the race and did well enough to crack the top 10 by the finish.

At the front, Joshua Cheptegei of Uganda staved off a late charge by Paul Chelimo of the US to win by just five-hundredths of a second.

The pair were joined by Selemon Barega of Ethiopia down the home stretch, but it was left between Cheptegei and Chelimo in the finish. Cheptegei did just enough to keep his lead at the end, winning in eight minutes 07.54 seconds. Chelimo was the runner-up in 8:07.59, while Barega came third in 8:08.69.

Balew finished a little further back in 8:20.56. It was his new personal best for the distance, going quicker than his old record mark of 8:21.54, which he also set at last year’s Prefontaine Classic.

In the women’s 3,000m steeplechase, Winfred started things off by pacing herself at the back of the leaders’ group. She was running with a strong pace and appeared to be in prime position to claim a top-five finish.