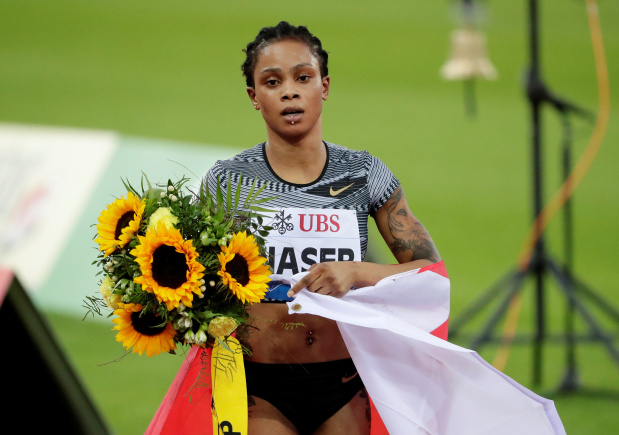 Salwa defended her crown after winning her race in the Weltklasse Zurich athletics meeting in Switzerland. It was her fifth triumph on this year’s Diamond League series and it came in the penultimate round of the highly regarded International Association of Athletics Federations (IAAF) competition.

Salwa had also previously won her 400m races in the Diamond League meets in Shanghai, Rome, Rabat and Lausanne.

Meanwhile, compatriots Winfred Yavi and Birhanu Balew had solid performances. Winfred was seventh in the women’s 3,000m steeplechase, and Balew came 10th in the men’s 5,000m.

Last night’s meeting featured many of the world’s top athletes, almost all of whom are gearing up to go for gold in the IAAF World Championships next month in Doha.

Salwa is one of the favourites to claim the 400m World title at the Qatari capital, and yesterday she showed why.

“The race was very hard for me, and the training these last weeks was a bit tough, but I did good today and I’m just amazed and feeling good.

“Now, get back to the training and get ready for Doha.”

Running for the first time in several weeks after nursing an injury, Salwa was in a class of her own as she was all alone in front when the eight-runner field headed down the final straight.

She had earlier came off the blocks well and with her smooth, long strides gradually powered past her rivals. Around the final bend, she already had a significant lead, which she did well to hold on to in the race’s final stages.

She enjoyed a gap of nearly 10 metres as she crossed the finish line with a time of 50.24 seconds. Her mark was well behind her season’s best of 49.17 and her personal best of 49.08s, but it was still a clear win.

Shakima Wimbley of the US was behind Salwa in 51.21s, while Lisanne de Witte of the Netherlands came third in 51.30s.

In the women’s 3,000m steeplechase, Winfred was in the middle of the pack for virtually the entire race and finished with a time of 9:14.84 in seventh.