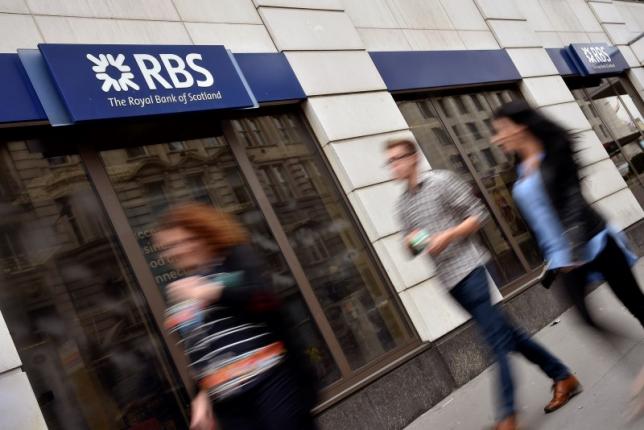 People walk past a branch of the Royal Bank of Scotland (RBS) in central London. (Reuters Photo)

London: Royal Bank of Scotland said on Wednesday that it would make a 4.2 billion pound ($6.02 billion) payment into its pension scheme due to changes in its accounting policy and would also set aside an extra 2.2 billion dollars for mortgage-related litigation in the United States.

The bank said the extra provision from the litigation would reduce fourth-quarter profits by 1.5 billion pounds, while an additional provision for payment protection insurance mis-selling will cut profits by an extra 500 million pounds and a goodwill impairment charge would take off a further 498 million pounds.

The bank said the combined effect of this, plus other provisions and charges, would reduce its common equity Tier 1 capital ratio by 1.6 percent.