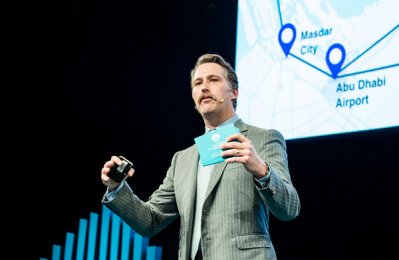 The future of ground transport is a pod that will move at the speed of sound, an industry expert said, adding that the Hyperloop concept will change the face of high-speed transportation.

Brogan Bambrogan, co-founder and chief technology officer of Hyperloop Technologies, compared the innovation of the Hyperloop concept to the innovations of the aviation, high-speed rail and cargo industries at a parallel session on day two of the recent World Government Summit 2016 in Dubai, UAE.

He said: “Innovation has led all forms of transportation. Today, we are stepping on the shoulders of those who have led the rail, airline and cargo industries.”

The Hyperloop concept was first put forward by Elon Musk, product architect of Tesla Motors. The technology has been open-sourced by Musk and SpaceX, an American aerospace manufacturing company founded by Musk at which Bambrogan previously worked as engineer.

“Hyperloop offers a multitude of opportunities that will change the way we live our lives,” Bambrogran said.

An integrated system, where every component could be controlled by the operator, Hyperloop will not only transport passengers, but also enable transportation of goods and cargo between ports at very high-speeds, increasing efficiency and productivity across industries.

Noting that Hyperloop Technologies continued to innovate extensively and would deliver on its promise, Bambrogan asked future governments how they would use the tool to help their citizens.

One of the major questions that emerged from the session was the issue of the cost of Hyperloop technology. Bambrogan said that bringing costs down was a key element of the innovation and continued evolution of Hyperloop.

He said: “We absolutely believe that we can deploy Hyperloop at less cost than high-speed rail. As we innovate more deeply, we will cut costs by more than 50 per cent. We believe Hyperloop will be almost free to ride in the next 10-15 years.” – TradeArabia News Service