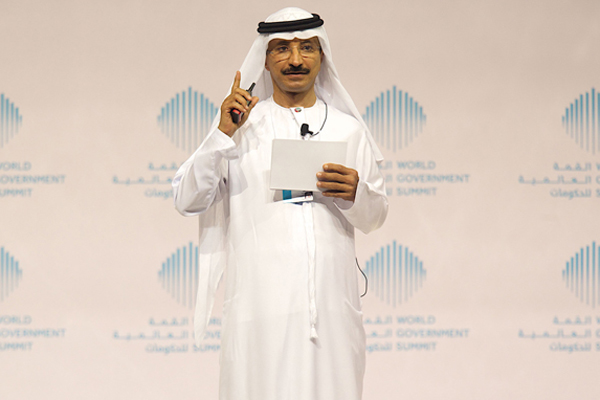 Implementation of disruptive technology like the use of drones and high speed transport systems such as Hyperloop to move and deliver cargo could radically impact large ports like Jebel Ali with cargo going straight to customers, said a top industry official.

This comes at a time when cargo handlers are increasingly adopting smart technological solutions to facilitate trade across the globe, remarked Sultan bin Sulayem, the chairman of DP World and Dubai’s Ports, Customs and Free Zone Corporation.

Speaking at the World Government Summit, in Dubai, bin Sulayem said he foresees a day when seaports either move inland, or become obsolete, as a result of disruptive technology reshaping the cargo industry.

In response to growing competition and to meet the twin challenges of moving cargo quickly and efficiently as global trade expands, the top official said DP World will continue to invest in the latest technology to fully automate its work.

“It used to be said that if you hired two hands you got the brain for free. Today, we live in the age of the brain and we are using people’s brains to transform our business into smart business,” bin Suleyam stated.

“Instead of being dockside, our staff is more likely to be found in offices, driving the growth of the business,” he added.

"Such rapid growth creates challenges but where there are challenges there are opportunities," noted bin Sulayem.

“A crane operator can only work for three hours at a time due to the physical demands of the job. So we decided to automate the work,” said bin Sulayem.

“Then we found that many young female UAE nationals wanted to be crane operators. But, when they started work they asked why they had to be in Jebel Ali. So, we decided to build a crane operating centre in Port Rashid that will handle all crane operations at Port Rashid and Jebel Ali,” stated the top official.

DP World, which has operations in 31 countries, enables trade in 50 per cent of the global economy, bin Sulayem told the summit.

Among its operations are the London Gateway, Europe’s largest logistics park in the United Kingdom, and the highly automated Rotterdam World Gateway in Holland.

DP World, he stated, has also invested in 51 start ups as part of its Terminal Infinity innovation strategy, after looking at over 8,000 potential investments in the past two years.-TradeArabia News Service