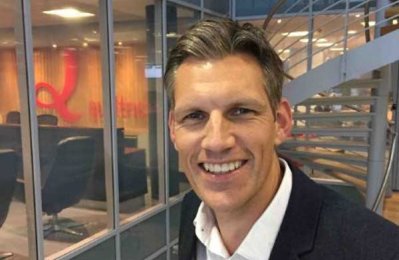 Qualtrics, the US-based experience management (XM) company - now fully owned by SAP after an $8 billion acquisition, said it has grown by 300 per cent in 2019 in the Middle East and North Africa (Mena) region, having entered the region around early 2018.

Speaking on the sidelines of a first-of-its-kind XM event in Dubai attended by over 200 business leaders, including key regional entrepreneurs, Robin Pearcy, director of Middle East and Africa for Qualtrics, said the response to its proposition of experience management has been overwhelming from the region and the company is looking at growing by over 80 per cent in 2020.

“We are at the start of our journey and growth has been very rapid in such a short span of time. That is giving us a major push to speed up our expansion in the region,” said Pearcy, adding that Qualtrics is looking to beef up its workforce as well as discover partners in the region.

The Qualtrics growth in Mena was predominantly led by the Gulf countries, with UAE leading at 80 per cent share followed by Saudi Arabia, while other markets in the Gulf and larger region are poised to add momentum.

There is tremendous amount of appreciation of XM and two of its core pillars: EX (employee experience) and CX (customer experience), across both private and public sectors.

“The UAE is our biggest market followed by Saudi Arabia,” said Pearcy.

“Enterprises in the region are at different levels of maturity with Qualtrics growth now on an exponential curve. We already have over 100 clients in the region, while we are talking to many prospective clients, including regional governments. There is huge interest from public sector companies too,” added Pearcy.

He said in the UAE, talks are ongoing with government entities on how to enhance `Citizen and Resident Experience.’ Across the region a number of similar conversations are taking place with ministries and government entities. On this, Pearcy added: “The SAP acquisition opened up a customer base of over 450,000 to Qualtrics across the globe with tens of thousands of them in the Middle East region, opening up phenomenal growth opportunities.”

On the back of the robust prospects, Qualtrics is also talking to new channel partners across Mena with many already signed up while a host of companies were in the process of joining up, Pearcy said: “We are industry-agnostic with XM’s universal relevance. However, in the region, we do phenomenally well in sectors such as professional services, retail and healthcare.”

Qualtrics is also in the process of rolling out strategic marketing endeavours to highlight how creating breakthrough experiences for customers and employees, and combining both X- and O-Data, is a cornerstone of business strategy in the experience economy, it stated. – TradeArabia News Service