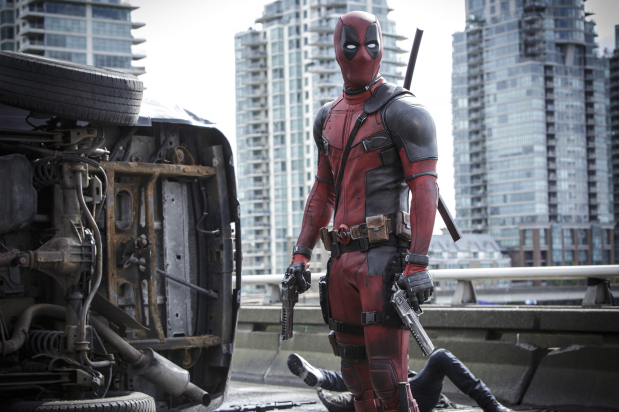 Starring Ryan Reynolds as a Marvel Comics character, the film's blow out reception in theatres propelled it to the biggest-ever February and R-rated debut, said Paul Dergarabedian, senior media analyst at comScore.

The figure included box office receipts for Monday, which was a public holiday in the United States.

Far behind in second place was 'Kung Fu Panda 3' - Dreamworks' computer-animated comedy that follows the adventures of Po as he evolves from martial arts student to teacher -- which took in $25.9 million.

Featuring the voices of Jack Black, Dustin Hoffman and Angelina Jolie, it has garnered $100 million since its release.

Also making its debut - in third place - was 'How To Be Single,' a comedy about solo life set in New York City starring Dakota Johnson, Rebel Wilson and Leslie Mann.

It saw $19.9 million in ticket sales over Valentine's Day weekend.

Starring and directed and co-written by Ben Stiller, the comedy that dips into the fashion world also features Penelope Cruz and Owen Wilson.

Coming in fifth was 'Star Wars: The Force Awakens,' only the third film ever to reach the $2 billion mark in global ticket sales, which took in $7.6 million over the weekend.