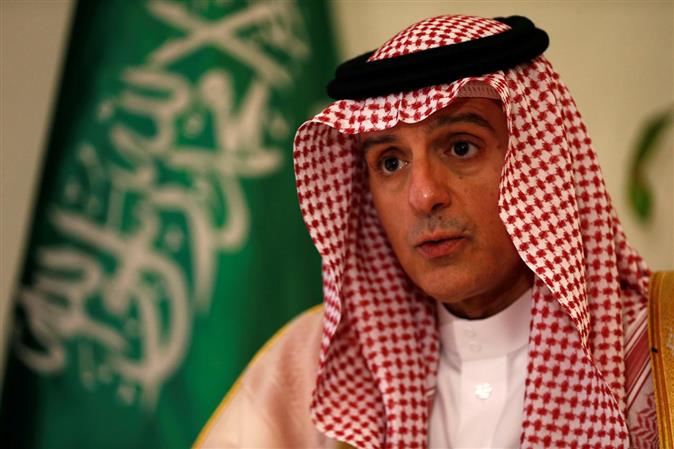 ROME: Qatar knows what steps it must take to end its dispute with the Arab Quartet countries, Saudi Arabia’s Minister of State for Foreign Affairs Adel Al Jubeir said yesterday.

“A change in the situation with Qatar is subject to steps that need to be taken by it. The Qataris know what these steps are,” he told the Mediterranean Dialogues conference in Rome on the future of the Mediterranean.

He said an invitation has been sent to the Amir of Qatar to attend the GCC Summit taking place in Riyadh on Tuesday.

He said he was optimistic about the possibility of solving the dispute with Qatar in the near future. But Qatar must take the necessary steps, he added.

The Saudi minister also said that Iran is a threat to the entire region and its aggression can no longer be tolerated. Tehran believes in exporting revolution, Al Jubeir added, saying it does not respect other countries’ sovereignty.

He called on other countries to be tough on Iran, adding that it must be deprived of the tools it uses to threaten the region and the world.

Speaking on the situation in Yemen, Al Jubeir said that there is a possibility of reaching a truce in the country, which could be followed by a settlement.

“Yemen is of particular importance to us, and Iran’s intervention there is devastating. The only solution in Yemen is political, and the Houthis are the ones who started the war, not us.

“All Yemenis, including the Houthis, have a role in the future of Yemen,” he added.