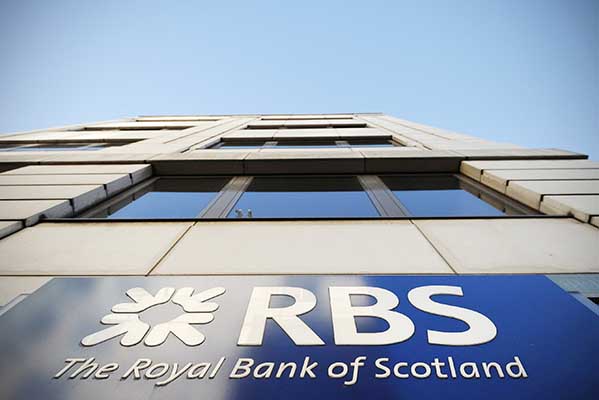 A Royal Bank of Scotland branch in central London

London: Royal Bank of Scotland (RBS) shares slumped to their lowest in more than three years yesterday as the state-backed bank reported its eighth straight full-year loss and said past mistakes would put shareholder payouts on ice until 2017.

RBS has spent the eight years since its £45 billion ($63bn) government bailout cutting costs, reorganising its businesses and wading through a series of legal scandals.

The 300-year-old lender said it now expected a “potentially elongated period” before settling claims that it mis-sold US mortgage-backed bonds before the 2007-09 financial crisis.

Bracing for one the biggest regulatory penalties in its history, RBS has set aside £3.8bn ahead of the judgement and said the related costs and provisions meant it was unlikely to resume dividends before the first quarter of 2017.

Chief executive Ross McEwan will not take a bonus but his total compensation in 2015 more than doubled to £3.78 million due to the maturing of a long-term incentive plan.

The bank is also grappling with a carve-out of branches under the Williams & Glyn brand, which must be completed by the end of 2017, as a condition of its crisis-era bailout.

Restructuring costs rose to £2.9bn, while litigation and conduct costs soared 63 per cent to £3.57bn.

RBS’s weak performance and plunging valuation will come as a blow to the government, which still owns 73pc, and was expected to begin selling its stake in earnest within 12 months.

RBS, which has not turned a profit or paid a dividend since its bailout, said it would make a final £1.2bn payment to Britain’s finance ministry to cancel an arrangement that gives the state priority over its dividends.