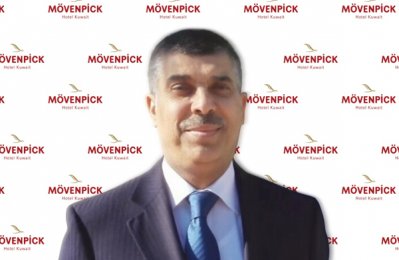 Mövenpick Hotel Kuwait, a leading property in the country, has appointed Rushdi Ashkar as its new general manager.

A Jordanian national, he has amassed over 25 years of international experience in the hospitality industry. Prior to his new role, Ashkar had held several key positions in different hotels chains around the GCC. He has a long history serving as general manager for Mövenpick Madinah and Coral Hotel Dhahran’s pre-opening team.

He has also worked for international hotel chains, such as Marriott, Starwood, InterContinental and finally Mövenpick. His career has included key leadership roles in prestigious hotels throughout the GCC and the Middle East.

Furthermore, his training experience stands him in good stead for his role, as he provides executive leadership and accountability in planning and management.

Commenting on his appointment, Ashkar said: “I'm thrilled to be in Kuwait with Mövenpick Hotel Kuwait, which has an incredible reputation for achieving high levels of guest satisfaction. I'm looking forward to continuing its evolution and success.'' – TradeArabia News Service