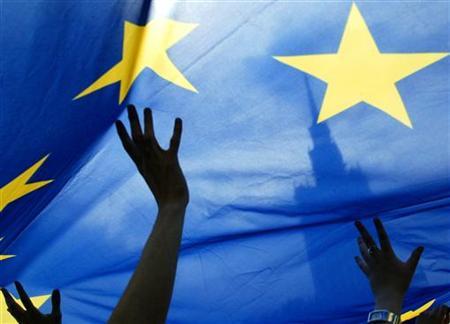 Ankara: Turkey is working on measures to fulfil its part in a potential 6 billion euro ($6.7 bln) deal to take back illegal migrants from Europe and will involve the U.N. to ensure it complies with international law, senior Turkish officials said on Friday.

Ankara struck a draft deal with the European Union on Monday in which it agreed to take back irregular migrants in exchange for more funding, the quick introduction of visa-free travel for Turks, and a speeding up of long-stalled EU membership talks.

European and Turkish leaders hope the deal will discourage illegal migrants and kill off the business of human smugglers.

But legal details are still being worked out ahead of an EU summit next week and many governments remain sceptical. The top U.N. human rights official said on Thursday it could mean illegal "collective and arbitrary expulsions".

A senior Turkish government official involved in the negotiations said Turkey would comply with international law and that the United Nations refugee agency UNHCR would be involved.

"UNHCR will certainly not be excluded on any work conducted between Turkey and the EU. UNHCR will take part in the execution and the implementation," he said, declining to be identified because the agreement has not yet been finalised.

A particular difficulty for EU lawyers trying to tie up the package by the March 17-18 summit is the question of whether Turkey constitutes a "safe" country for the return of illegal migrants.

An EU definition of such a state refers to the Geneva Convention on refugees, with which Turkey does not fully comply.

"Many say that Turkey is not a safe third country. That subject is one that needs more work and discussion," said Metin Corabatir, a former UNHCR spokesman who now heads the Research Centre on Asylum and Migration, a Turkish think-tank.

Turkey is nonetheless planning rapid legislation to try to ensure the deal can be implemented. It has already offered to sign readmission agreements with 14 countries including Afghanistan, a move which would enable it to more quickly take back migrants rejected by the EU.

It is also working on the conditions set by EU leaders for the granting of visa-free travel by June, seen by many Turks as the most tangible benefit they will get from the deal.

Turkey aims to complete nine steps by May 1 including a new personal data security law, a framework for the introduction of biometric passports and tighter regulation of its border security agency, the senior official said.