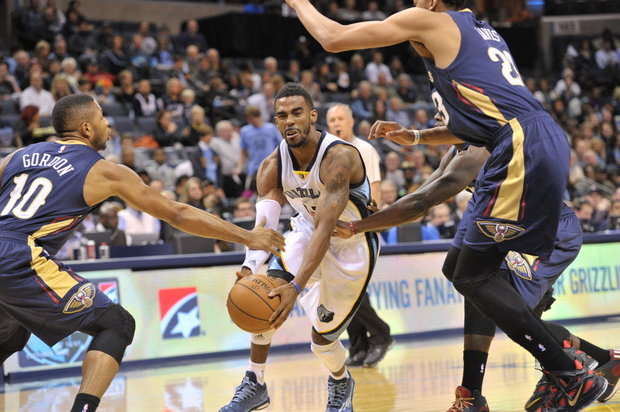 The short-handed Chicago Bulls put up a good fight for three quarters, but the Miami Heat dominated the fourth to win 118-96 on Friday night at the United Centre.

Marvin Williams had 22 points and five 3-pointers and the Charlotte Hornets stretched their winning streak to six with a 118-103 victory over the Detroit Pistons on Friday night.

Williams scored 11 points in the first quarter as the Hornets raced to a 19-point lead in the first half and never trailed.

Nerlens Noel added 13 points, 11 rebounds and three blocked shots for the Sixers, who improved to 9-56. The NBA's worst team, they can no do no worse than equal the worst full-season record in league history, the 9-73 mark of Philadelphia's 1972-73 team.

James Harden scored 32 points, including nine in the final 3:09 to ice the game, to lead the Rockets to their third straight road victory, a 102-98 win over the Celtics.

Gorgui Dieng scored 25 points to lead the Minnesota Timberwolves to a 99-96 victory over the Oklahoma City Thunder Friday at the Chesapeake Energy Arena.

Dieng was 7 of 12 from the field and 11 of 11 from the free-throw line. Andrew Wiggins scored 20 points and Ricky Rubio posted 12 assists and 13 points, including the game-winning 3-pointer as the Timberwolves improved to 21-45.

Lance Stephenson scored a career-high 33 points and Matt Barnes added a triple-double of 26 points, 11 rebounds and 10 assists to lead the injury-depleted Memphis Grizzlies to a 121-114 overtime victory over the New Orleans Pelicans Friday night at FedExForum.

Stephenson, whose previous career high was 28 points, scored six of his points in overtime, including a spinning, left-handed layup that gave the Grizzlies a 112-106 lead with 1:16 left. Memphis' JaMychal Green added 21 points and 10 rebounds and had seven overtime points.

Shelvin Mack had his best game of his career and the Utah Jazz looked like a different team Friday night after a rough couple of weeks in a 114-93 victory over the Washington Wizards.

Mack, coming off of a couple of subpar outings, exploded for a career-high 27 points on 11 of 17 shooting to lift Utah to only its second win in nine games. The fifth-year point guard, traded to the Jazz on the deadline last month, also had four assists and three rebounds.

LOS ANGELES -- Chris Paul had 24 points and 15 assists, leading the Los Angeles Clippers to a 101-94 victory over the New York Knicks on Friday night at Staples Centre.

J.J. Redick had 20 points and Jeff Green finished with 17 for the Clippers (42-22), who beat the Knicks for the eighth time in a row and swept the season series again.

Stephen Curry and Klay Thompson dominated their matchup with the Portland backcourt of Damian Lillard and C.J. McCollum on Friday night, exploding for 71 points in the Golden State Warriors' 128-112 blowout of the Trail Blazers.

Curry had 34 points and Thompson a game-high 37 as the Warriors (58-6) avenged their most lopsided loss of the season en route to their 47th consecutive home-court win.