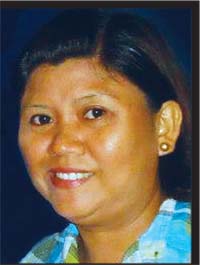 Meralco Bolts’ Gary David, still one of the most feared gunners in the Philippine Basketball Association (PBA), took a risk and indeed made a mistake though in the long run, that could still work wonders for him.

The veteran forward, nicknamed “El Granada” in the league because of his explosive shooting hands, refused to play during the fourth quarter of the team’s 104-99 loss to the NLEX Road Warriors in the PBA Commissioner’s Cup recently.

In a crucial stage in the game with over four minutes to play, Meralco coach Norman Black asked David to check in but the player, having been benched for a big part of the game, indicated he no longer wanted to play.

In an interview with sportswriters after the game, the 37-year-old David did not hide his frustration over lack of playing time.

While he admitted suffering a sprained ankle in the team’s 94-86 setback to San Miguel Beer in Legazpi City last week, David believes he’s still good enough to play more than the seven-minute stint he had on the floor against the Road Warriors.

What pained David was the fact the Bolts have been on a spiral of late, losing back-to-back games after winning their first five outings in the mid-season conference. In both losses, David saw limited action, which pained him even more.

Against the Road Warriors, he played only for seven minutes, sat out the entire second half, and finished with his first scoreless game of the conference on a miserable 0-of-1 shooting clip. He only had three assists in the first half before watching the rest of the game from the bench.

After investigation by management, it was found out that there were no physical impediments for the player not to enter the game. So the management found his action as insubordination, lack of dedication to the team and breach of his current contract which states that he’s obligated to play in official PBA games at all times.

Because of David’s unacceptable behavior, he was suspended by his ballclub for one game for insubordination. In addition to suspension, he was also fined an undisclosed amount for the incident.

David will serve the suspension when Meralco takes on the Blackwater Elite on Friday, March 18, at the Mall of Asia Arena.

It was the team’s way of enforcing a disciplinary action on a disgruntled star player but obviously his suspension came at a bad time. With a 5-2 win-loss record, the Bolts are a game away from a sure spot in the Final Eight. And like all the other teams, Meralco is looking for a Top Two finish which offers a twice-to-beat advantage in the quarterfinals. The four middle teams figure in a best-of-three quarters.

David is averaging 6.6 points and 1.1 rebounds in just 16 minutes of action per game in the current conference.

But overall in this PBA season, David is averaging his lowest numbers in 10 years. In 18 games, David is recording just 24.2 minutes, 12.3 points, and 2.6 rebounds a contest. His numbers have taken a major hit in the Commissioner’s Cup, where he’s scored in double-figures only twice in 7 games, and played at least 20 minutes just one time.

But if there’s any consolation, the suspension could still work well for David eventually. Chances are, he may be traded to another team or stay with the team.

After his three-year Meralco contract ends in August, a caliber of David can walk out and still find a new team. Right now, there are a lot of teams in need of a deadly scorer like David.