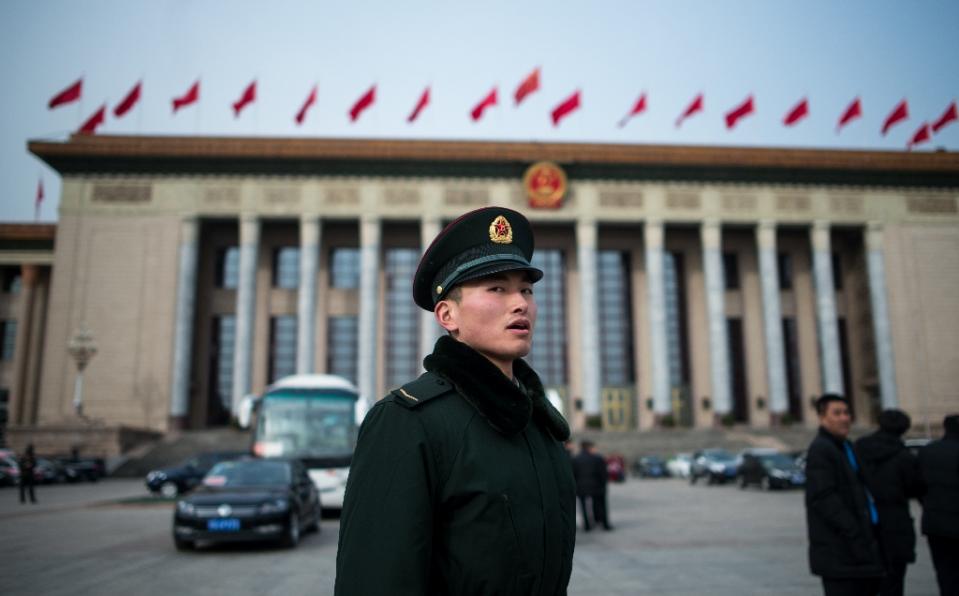 Beijing: The China Development Forum this weekend may be the most important economic summit you have never heard of.

The CEOs of companies ranging from Facebook to Rio Tinto gather in Beijing with top academics and politicians for a pay-to-play event promising audiences with China's top leadership.

Participants are invited to make "donations" to the elite event starting at 1 million yuan ($155,000) and ranging upwards from there, according to documents obtained by AFP.

For 3 million yuan, the companies are allowed to name a panel discussion and "nominate speakers and panellists".

Proceeds go to "relevant research projects and administrative expenses of the conference", which is organised by the little-known China Development Research Foundation (CDRF), a proxy for one of the Communist government's planning agencies.

"Other forms of donation are open for discussion," the documents say, with one previous attendee suggesting participants can pay extra to be seated near top leaders.

The forum, which is in its 17th year, directly follows the annual meeting of the National People's Congress (NPC), China's rubber stamp legislature, and is pitched as an opportunity for leaders of the financial and business world to learn about the parliament's achievements.

This year, the NPC approved the country's new five-year plan, which will guide economic and social policy to 2020, and attendees are "keen to hear from the horse's mouth" what the document means for the nation's ailing economy, said the long-time participant, who asked not to be named in order to speak frankly about the event.

Even though the panels and speeches are of questionable value, CEOs "fork out a lot of money to be there", he said.

"This year in particular is the best attendance list I've ever seen".

When the forum started in 2000, only 19 "delegates" attended, according to that event's website.

But 16 years later, following the international financial crisis and China's transformation into the world's second-largest economy, the invitation-only event has become a Who's Who of global power brokers.

Former US secretary of state Henry Kissinger, who played a key role in establishing diplomatic ties between Washington and Beijing, is there.

But even by previous standards, this year's RSVPs stand out.

Outspoken libertarian and PayPal co-founder Peter Thiel has made time to hear from the world's most powerful Communist Party.

And Facebook's Mark Zuckerberg announced his presence in the country that bans his website, with an ingratiating photograph of himself jogging, maskless, through a smog-wreathed Tiananmen Square.

Despite, or perhaps because of, the participation of so many of the world's most powerful people, relatively little is known about what goes on at the China Development Forum.

Press coverage is largely limited to Chinese-language outlets, including many state-run media, which in the past have portrayed delegates' presence as evidence of Beijing's economic management skills.

The organisers denied AFP's request to attend, saying that media participation was "invite only".

Attendees have lauded the country following past sessions.

"China is now firmly committed to implementing a new growth strategy," wrote Stephen Roach, the former chairman of Morgan Stanley Asia, after the 2013 meeting. "The debate is over."

But the debate is still going on, with policymakers struggling to decide how they will implement the painful reforms analysts say are necessary to ensure the economy's long-term health. In the meantime, pressures to resort to old-style stimulus to boost short-term prospects mount as growth slows.

On its website, CDRF describes itself as a "think tank on public policy issues" dedicated to "furthering equitable development in China".

The organisation is funded by donations from within China and abroad, it says, and was "initiated" by the Development Research Center of the State Council, which formulates economic and social policy for the government and the Communist Party's central leadership.

Most of the CDF events take place at the Diaoyutai State Guesthouse in Beijing, where China's leaders receive visiting heads of state.

During the meeting, according to promotional materials provided to attendees, Vice Premier Zhang Gaoli "personally meets with invited overseas delegates to solicit their views".

They will also have the chance to hear speeches from the country's finance and commerce ministers, and Premier Li Keqiang receives attendees in the Great Hall of the People.

The meetings "are stupefyingly dull but they do represent what's happening in policy and you can read the body language", said Anne Stevenson-Yang, a China expert and co-founder of investment advisers J Capital Research.

Given the star power and the crucial size of China's market, the unnamed regular participant said, CEOs feel "this is something I have to attend".