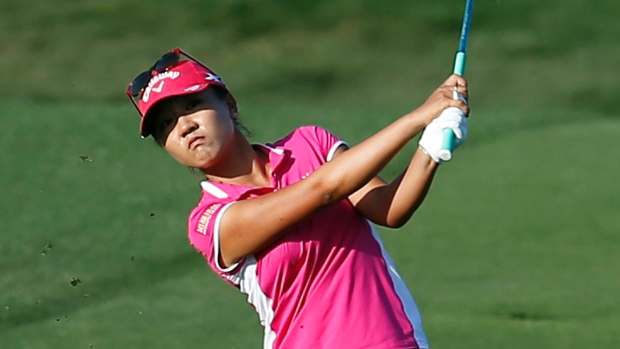 World number one Lydia Ko carded a bogey-free 67 to seize a three-shot lead after three rounds of the Kia Classic in southern California on Saturday.

New Zealander Ko began the day tied for second with Brittany Lang and one shot behind leader Jenny Shin but surged three clear after shooting a tidy five-under round for a 14-under 202 total.

Lang is tied with South Koreans Shin and Park Sung-hyun at 11 under at the demanding Aviara course in Carlsbad.

Ko was two-under for her front nine then reeled off three straight birdies from the 11th to put her in a strong position to win her 11th LPGA Tour title.

"You don't get that many opportunities where you're going into the final round with a three-shot lead," the 18-year-old said. "But I'll take it. I'd rather be a couple shots ahead than a couple shots behind."

Park kicked off a run of five consecutive birdies at the 12th but an errant tee shot on 17 led to a double bogey. She hit back immediately though with a birdie on the final hole to stay in touch.

Australia's Minjee Lee provided the highlight of the day when her 5-wood tee shot at the 275-yard par-4 16th landed in front of the green, kicked left and rolled into the cup for the second hole-in-one on a par-4 in LPGA history.

The first came earlier this year from South Korean Jang Ha-na in the Bahamas.

"Just lucky," said Lee, adding that it was her first hole-in-one. "I hit a good one shot, though. It's a bit of both."

World number two Park In-bee is four strokes off the pace on 10-under with Jessica Korda a shot further back.