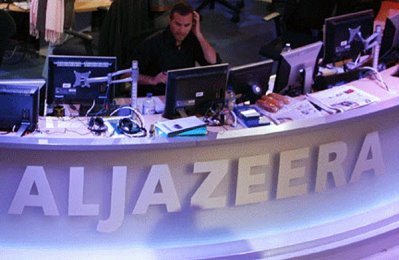 Qatar's Al Jazeera broadcasting network is laying off about 500 employees or more than 10 percent of its staff, it announced on Sunday reflecting financial pressures on the country due to low global prices for oil and natural gas.

Most of those affected are based at its Doha headquarters, according to a statement from Al Jazeera, which is controlled by Qatar's royal family. Before the lay-offs, the network had about 4,000 staff, a spokesman said.

Mostefa Souag, Al Jazeera's acting director-general, said the network needed to conduct the lay-offs to maintain its position in the industry "in light of the large-scale changes under way in the global media landscape".

Founded in 1996 as part of Qatar's efforts to turn its economic power into political influence, Al Jazeera won millions of viewers across the Arab world by offering free-wheeling, uncensored debate rarely seen on other local broadcasters.

But Qatar appears to have toned down its diplomatic profile under emir Sheikh Tamim bin Hamad Al-Thani, who took power in 2013 and has spoken about the need for austerity at a time of low oil prices.

Al Jazeera also has faced increasing competition in its home region, and suspicion among many governments over the air time it gave to Islamist groups in Syria, Libya and elsewhere.

In January, Al Jazeera said it would close its US cable news outlet less than three years after its high-profile launch. It cited economic challenges in the US media market.

Al Jazeera is the latest state-funded institution to cut staff as the government reacts to shrunken oil and gas revenue. There were widespread layoffs in the energy sector last year. In January this year, state-owned health provider Hamad Medical Corp laid off hundreds of employees.  - Reuters