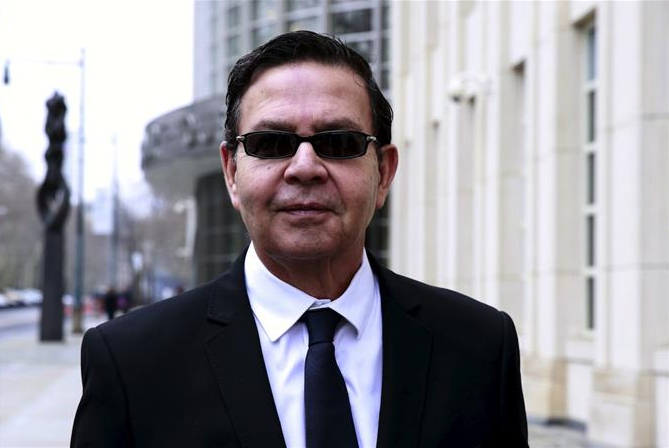 New York: A former president of Honduras pleaded guilty to conspiracy charges, admitting that he solicited hundreds of thousands of dollars in bribes in the wide-ranging Fifa football scandal over lucrative broadcast rights.

Rafael Callejas, 72, who was a member of Fifa's television and marketing committee, entered the plea to racketeering conspiracy and wire fraud conspiracy in Brooklyn federal court.

He also agreed to forfeit $650,000, payable within a year, for his role in a system so corrupt that hundreds of millions of dollars in illegal payments were made over the past quarter-century.

"I knew it was wrong for me to ask for and to accept such undisclosed payments," Callejas told US Magistrate Judge Robert M Levy.

He said he distributed a significant portion of his bribes to delegates of the Honduran football federation so he could remain its president, a position he held from 2002 to last August.

Callejas said he abused his powerful position in the football world to award contracts to Media World, a Miami, Florida, sports marketing company that paid bribes through US bank accounts to the foreign bank accounts of Callejas and a co-conspirator.

"Bribe payments totalling hundreds of thousands of dollars were sent to a bank account I controlled," he said.

Media World is affiliated with Spanish media company Imagina Group. An attorney for Imagina Group has declined to comment.

Initial arrests in the case last May resulted in charges against 14 people, including seven top Fifa officials arrested at a Swiss hotel.

His surrender came after 16 additional defendants, most from Central and South America, were charged in the fall in a second wave of the prosecution that focused on a generation of football leaders in South America, a bedrock of Fifa and World Cup history.

In that crackdown, five current and former members of Fifa's ruling executive committee were arrested at the same Zurich hotel where the similar raid on Fifa officials occurred a half-year earlier.

In all, about 20 football officials have been indicted on charges related to the US investigation of corruption in the sport.

The Justice Department has said that numerous guilty pleas in the case have resulted in agreements to forfeit over $190 million, and another $100m has been restrained in the US and abroad. The US has sought to restrain assets in 13 countries.