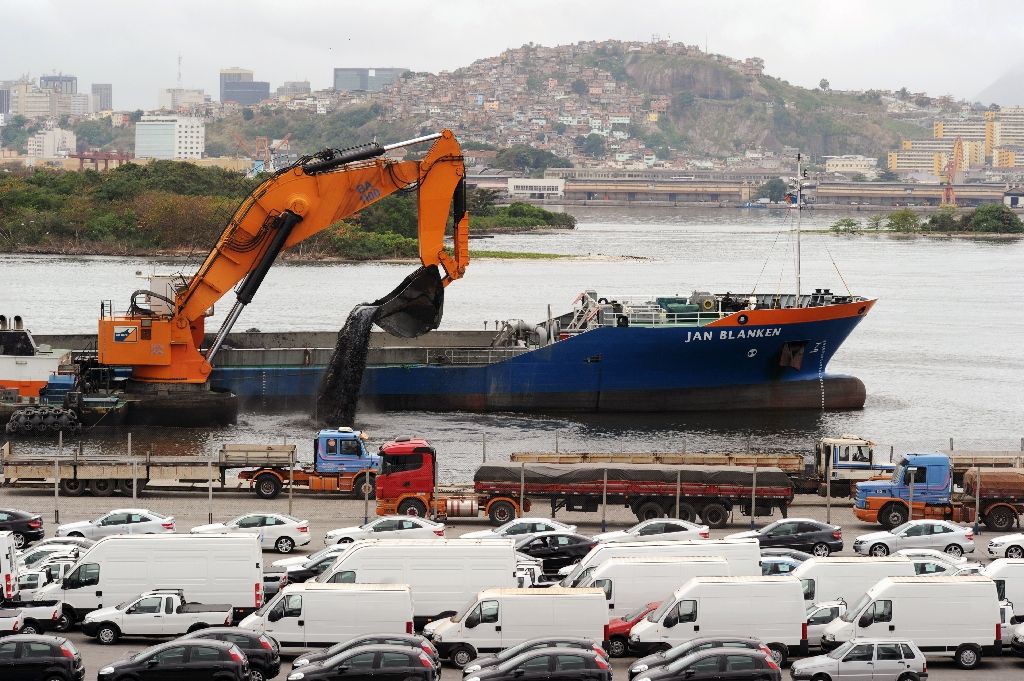 Exports also slid, by six percent in March compared to the same month last year, but that was overshadowed by a plunge in imports which were down 30 percent (AFP Photo)

Brasília: The latest data on Brazil's industrial production on Friday showed deepening recession in Latin America's biggest economy, though its trade surplus grew and the currency is rising on prospects of a new government.

Industrial output shrank nine percent over the 12 months leading up to February, government statistics showed, with the car-making, machinery and electronic sectors hit the hardest.

The slide appeared to be accelerating with February production 2.5 percent lower than in January.

Exports also slid, by six percent in March compared to the same month last year, according to the trade ministry.

But that was far overshadowed by a plunge in imports which were down 30 percent.

That fall was partly due to lower costs for shipped-in fuel, but also because Brazil's belt-tightening population was cutting back on purchases of foreign goods.

The result was the country's biggest monthly trade surplus in 28 years, hailed by the government as a rare spot of good news.

The national currency, the real, has also risen by 9.5 percent over the past month, and posted a further 0.98 percent gain on Friday, the first day of April.

That, however, has not made up for the ground lost in its 33-percent dive against the dollar in 2015.

The uptick reflected investors' hopes that a change of government may soon occur as unpopular and beleaguered President Dilma Rousseff struggles to stave off impeachment.

The recession in Brazil, the 7th biggest economy in the world, shows little sign of respite. After contracting 3.8 percent last year, the economy is expected to shrink by another 3.6 percent this year.