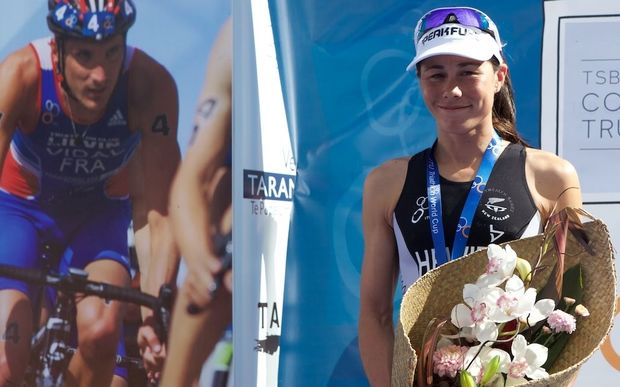 Andrea Hewitt on the Taranaki podium next to an image of Laurent Vidal. (Radionz Photo)

Jorgensen says she will contest next week's World Triathlon Series event on Australia's Gold Coast "but the sole focus for me is August 20th, the Rio Olympics, so all of this has just been kind of training for that."

South Africa's Richard Murray defended his title in the men's race, finishing in 53 minutes, 8 seconds, coming in 20 seconds ahead of Andreas Schilling of Denmark.