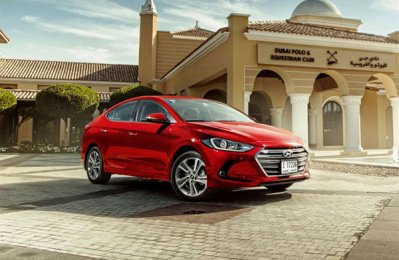 Hyundai’s sixth generation Elantra has been named as the best new Small Sedan at the recent Middle East Car of the Year (MECOTY) awards for 2016 in Abu Dhabi, UAE.

“This is a great achievement for Hyundai, recognizing the excellence of our products among our peers,” said Jin (James) Kim, vice-president and head of Hyundai Africa and Middle East. “Hyundai models lead their segments in several Middle East markets, with customers consistently making us their first choice for quality, service and value. To win at these awards, which are exclusively for cars sold in the Middle East, and judged by experts based in the Middle East, is an honour both for Hyundai as a company, and for the distributors who have worked so hard in building our success.”

First held in 2014, the MECOTY awards reflect the distinct preferences of Middle East buyers, with an emphasis on sedan and SUV models – the two body styles most popular with customers in the region – across a range of sizes. Hyundai has seen considerable success in the MECOTY program’s first three years, with the Sonata named as best Midsize Sedan in 2015.

This year’s winner from Hyundai is the latest version of a long-running and successful nameplate for the Korean carmaker. The original Elantra went on sale in 1990, with the new sixth generation released in February this year.

“Hyundai and Elantra are both names that buyers have trusted for many years, known for providing reliable, enjoyable, and safe motoring,” said Jin Kim. “Maintaining a commitment to a model over successive generations is a demonstration of faith in our products. We have great confidence in the experience we offer to customers and our positive reputation among car buyers. We are pleased and humbled that the MECOTY judges share that confidence.” – TradeArabia News Service