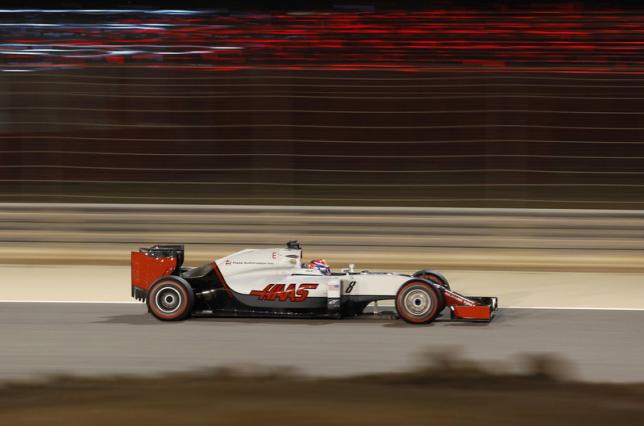 Manama: After finishing sixth on his debut in Australia with the new U.S.-owned Haas Formula One team, Romain Grosjean went one better in Bahrain on Sunday to continue a 'crazy' run of success.

The Frenchman said finishing fifth under the floodlights at the Sakhir circuit was an early birthday present -- he turns 30 at the Chinese Grand Prix in Shanghai on April 17 -- and further proof of the wisdom of his move from Lotus.

"Some people said it was career suicide. I think they were wrong. Sorry guys," he grinned as reporters crowded around in the team's paddock hospitality and mechanics packed up.

"I made that choice because I believed in the project and I've seen enough to think that after a few years in Formula One it could be good. Today is the truth."

Grosjean moved to Ferrari-powered Haas before Renault decided to return as a constructor and take over struggling Lotus.

There were some who felt he might have been better off staying with a major manufacturer but Haas have a close partnership with Ferrari, where Kimi Raikkonen's contract expires at the end of the season.

"I said in winter testing we could score points early in the season. I was thinking that we would be fighting between 10th and 14th," said Grosjean. "Scoring so many points at the beginning, I don't think anyone was expecting that."

Grosjean is now level on points with Raikkonen, and ahead of Ferrari's Sebastian Vettel after an engine problem prevented the four-time world champion from starting Sunday's race.

Thanks to the Frenchman's points, with Mexican Esteban Gutierrez so far drawing a blank, Haas are fifth in the constructors' standings.

"It was fun to be able to overtake Williams, Toro Rosso, Red Bull and have some good battles," said Grosjean of the second race of the season.

"It's an amazing performance for all of us. Sixth in Australia was a bit of luck but fifth today with a normal race, this is quite crazy.

"It's a dream debut, I almost have to wake up to realise what it is."

"I don't think we can go for fifth every time, that's a little bit high, but I think we will try for points every time," said Steiner.