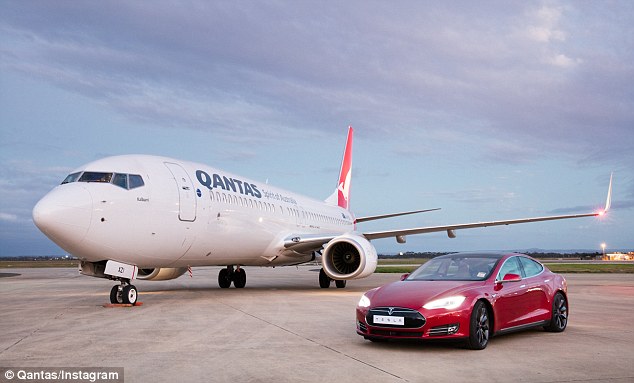 Melbourne’s South-west airport hosted what was called 'a unique test of innovation, skill and power'. A high-speed stunt along the three kilometer runway designed to flag collaboration between the Australian national carrier and the Californian car-maker.

Qantas.com.au touted it as: 'Car vs Plane – fasten your seatbelts - 'a duel that pitted two examples of engineering achievement against one another.'

With its two jet engines, the 737 generates more than 50,000 pounds of thrust and fly through the sky at a cruising speed of 850 km/h. Flat out in the air, it can approach the speed of sound.

The five-seater Tesla can go from zero to 100 kilometers an hour in three seconds, and is credited as the quickest four door car ever built. 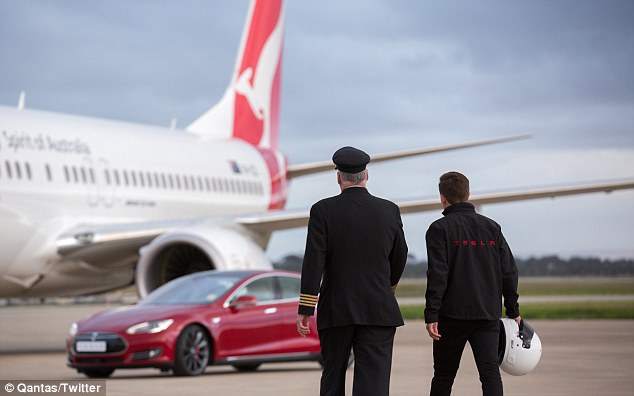 The scene at the airport begins with the competing pilot and driver striding across the tarmac in true Top Gear style - the driver unlocks the car with his remote and his challenger climbs the stairs. Both spend the next few moments carrying out checks and flicking switches as the countdown of '3-2-1' chimes in.

The Tesla takes off at a cracking pace with its two electric motors whirring into action, while the two engines of the 737 roar into life.

The Tesla had the power down quickly and was off, establishing an early lead. But the 737 started to narrow the gap as it barrelled down the runway. 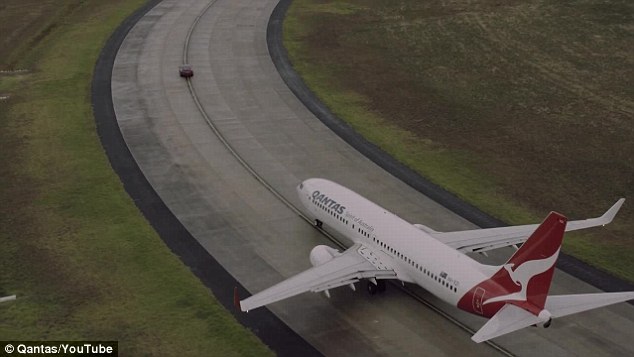 They were soon neck and neck when the electric car seemed to creep away again under further acceleration. But when the 737 reaches its take-off speed of 140 knots and the Tesla maxes out at 250 kilometers an hour, the momentum is with the jet plane.

The Tesla was in the shadow of the aircraft as it took off at the end of the runway – the clear early winner on the ground perhaps just overtaken as the aircraft lifted off the runway and into the sky. So, in summary, the Tesla cleaned up in acceleration but as soon as the 737 engines fired up it hauled in the innovative vehicle and nudged ahead for a narrow win. 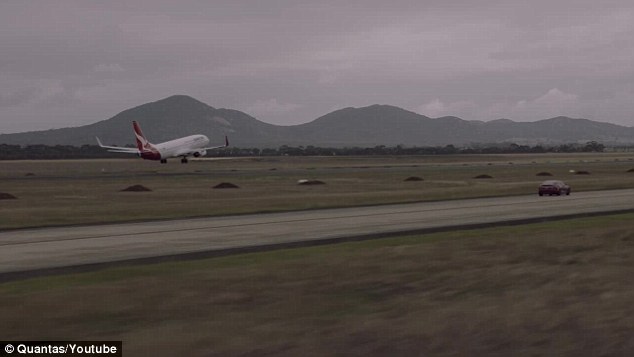 'What better way to celebrate working together than having a unique race – car versus plane.'