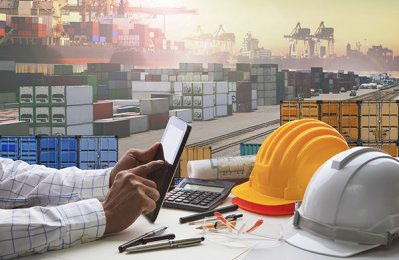 Business conditions improved at the strongest pace<br>in four months in the UAE and Saudi Arabia.

Non-oil private sector activity in the UAE and Saudi Arabia grew at the strongest pace in four months in March, driven by sharper rises in output and new orders, a report said.

Notably, total new work increased more quickly in spite of a renewed fall in exports. Both employment and input stocks remained in growth territory, but the respective rates of expansion eased slightly, added the survey sponsored by Emirates NBD and produced by Markit.

The report contains original data collected from a monthly survey of business conditions in the non-oil private sectors.

On the price front, input costs rose only modestly in the UAE, meaning that companies were able to reduce their tariffs amid greater competition.

Commenting on the Emirates NBD UAE PMI, Khatija Haque, head of Mena Research at Emirates NBD, said: “While the improvement in the Emirates NBD UAE PMI in March is encouraging, the average PMI for the first quarter (Q1) of 2016 signals a further slowdown in the non-oil private sector of the UAE at the start of this year.  Nevertheless, the solid growth in output and new orders in the first quarter suggests that domestic demand is holding up well despite the headwinds of a strong USD and low oil prices.”

The Emirates NBD UAE Purchasing Managers’ Index (PMI) climbed to a four-month high of 54.5 in March.

Up from 53.1 in February, the latest figure indicated that growth had continued to rebound from January’s near-four year low. That said, the improvement in business conditions across the first quarter (53.4) was the weakest on average since Q1 2012.

Growth of the non-oil private sector as a whole was supported by higher output and new work during March. In particular, output rose at the quickest rate since last September, helped by enhanced marketing efforts and incoming new projects. New business also increased at a faster pace. However, the expansion was subdued relative to the long-run trend, with data highlighting weakness in international demand. New export orders fell for the first time in six months, albeit only marginally.

The sharp rise in output requirements was reflected by firms’ purchasing during March. Growth of input buying picked up to a four-month high, with panellists commenting on stronger-than-expected sales. Firms were also upbeat towards future demand, leading them to build up their pre-production inventories. That said, the rate of accumulation was only modest overall.

Employment in the UAE’s non-oil private sector increased further in March, extending the current sequence of job creation to 51 months. The rate of hiring eased since February, however, and was muted in the context of historical data. Meanwhile, backlogs of work rose only fractionally, with some companies suggesting that they had become more efficient in production.

Prices data pointed to subdued cost pressures in March. The rate of input price inflation was only modest overall, despite accelerating to the fastest so far in 2016. The rise in total input costs was restricted by a marginal drop in salaries – the first recorded since December 2011. Subsequently, businesses were able to cut their tariffs for the fifth straight month. Increased competition was cited as the main reason behind the fall.

New orders, employment and input stocks increased, but the respective rates of expansion were among the weakest in the series history. With regard to prices, firms pointed to the downwards impact of competition. Input costs rose at the slowest pace on record, while charges fell for the fifth straight month, the Emirates NBD Saudi Arabia PMI survey said.

“Output and order growth remain robust, which is encouraging, although this is likely underpinned by still high oil production feeding through to the related manufacturing industries. Nevertheless, we expect GDP growth in the Kingdom to slow to 1.9 per cent this year from 3.4 per cent in 2015.”

•    Weakest rise in total input costs since series began in 2009

The headline seasonally adjusted Emirates NBD Saudi Arabia Purchasing Managers’ Index (PMI) – a composite gauge designed to give a single-figure snapshot of operating conditions in the non-oil private sector economy – edged up to 54.5 in March, from 54.4 in February. The latest reading signalled a further pick-up in growth since the record low seen in January (53.9), but it was still well below the long-run trend (58.7). As a result, the improvement in business conditions in Q1 (54.3) was the weakest on average since the survey began in 2009.

The rise in the headline index was underpinned by output growth in March. Activity increased at the strongest rate in four months, with better marketing and new project start-ups cited as the key contributing factors.

In contrast, growth of new business eased at the end of the first quarter. Though still robust overall, the rate of expansion was the second-weakest in 80 months of data collection. Some panellists commented on a slowdown in market conditions stemming from low oil prices. Nonetheless, there were multiple reports of improving client demand. New export work showed a similar trend, with the latest increase solid but slower than the long-run average.

Saudi Arabia’s non-oil private sector firms raised their input buying in line with higher output requirements during March. The latest increase was the quickest so far in 2016, but still subdued in the context of historical data. Subsequently, the rate of pre-production inventory building was one of the slowest in the series history.

Jobs growth moderated to a three-month low in March. The vast majority of monitored companies (96 per cent) reported no change in staffing levels since February. Meanwhile, outstanding business rose only fractionally.

Finally, amid reports of increased supplier competition, the rate of input price inflation eased to a survey-record low in March. This ensured that charges fell for a fifth successive month, thereby extending the longest sequence of decline since the survey’s inception back in 2009. Competitive pressures were again at work, leading firms to cut tariffs in order to attract new clients. – TradeArabia News Service