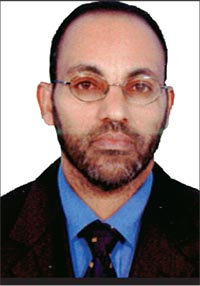 Last week, a French Navy vessel seized  a huge weapons cache from a boat in the Northern Indian Ocean. It was the second incident in a month. On March 8, an Australian ship intercepted a fishing boat carrying weapons of various types.

Commander Kevin Stephens, a spokesman for the US Navy’s Fifth Fleet said that the arms recently seized originated in Iran and their likely destination was Yemen.

UN-sponsored multinational naval forces are operating off the coast of Somalia to implement the UN embargo imposed on the country’s Islamist militants and to tackle piracy. In the horn of Africa, which is already awash with weapons, there is no rebel group that needs weapons supply from Iran. Though the destination of the seized weapons cache was believed to be Somalia, analysts predict that the services of smugglers or pirates are needed to pass on the consignments to Houthi rebels in Yemen.

In response to the sensitivity of the security situation of the Horn of Africa, and being an important chokepoint – Bab Al Mandeb strait – dozens of countries with various interests have set up military bases in the area. In Djibouti, a country adjacent to Somalia and few kilometres off the coast of Yemen, several countries including the US, France and Japan have military representations. China and Saudi Arabia are planning to establish military bases in the country soon.

Amid all these military presences, intensified surveillance and extensive reconnaissance missions, attempting to penetrate the well-organised security network, is unlikely to succeed. The repeated smuggling incidents are not operations run by individuals but state-sponsored executions aimed at winning the existing geopolitical game Iran is currently playing in the region. There seems to be a stark difference between Iran and the GCC countries when it comes to dealing with regional geopolitical issues.

Iran continues to use proxies, both state and non-state actors to expand its hegemony by triggering sectarian conflict or just directly interfering in the country’s state affairs. It has been working on this policy since the Iranian revolution of 1979. The failed attempt to overthrow the Bahrain government in 1981 was one example. In the early 80s, Iranian intelligence agencies infiltrated the Lebanese government and established Islamic Jihad Organisation which later morphed into present day Hizbollah in 1982. Saudi Arabia and its allies woke up when Iran wanted to repeat the Lebanese scenario in Yemen after evidence was obtained that it was organising, supporting and arming the Houthis.

The GCC countries follow a completely different strategy. They depend on strengthening their own military capacity, defending national territories by providing extensive and intensive training to their soldiers and purchasing weapons. They do not have proxies overseas.

Though it seems too little and too late, the GCC’s attempt to form alliances of forces like the Peninsula Shield and Saudi-led coalition forces currently operating in Yemen are promising responses to deter Iranian hegemony. The latest and largest military exercise ever done in the region, the Northern Thunder, which has witnessed the participation of 20 Arab and Islamic countries is a good start to abort Iranian conspiracies.