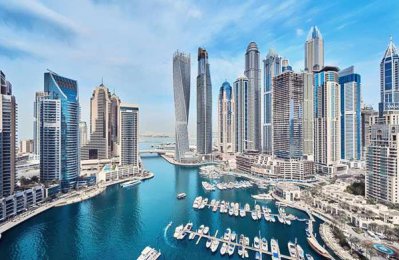 Dubai's property market has witnessed a massive uptick in the real estate transactions during the first few months of 2020 with the off-plan deals surging by 76 per cent in February compared to the same period last year, said a report by UAE real estate portal Property Finder.

These deals are the ones which have been registered ahead of the COVID-19 crisis, said Property Finder, adding that things may not remain the same if the global scenario due to virus outbreak changes.

Ari Kesisoglu, Property Finder’s President, said: "These powerful figures speak for themselves. We have seen a huge surge in interest in off-plan transactions – which underlines the strong faith that local, regional and international buyers have in Dubai, it’s developers and build quality."

"Undeniably, we believe the upsurge in interest year-on-year shows that Dubai’s economy remains globally significant, and Expo 2020 is causing a noticeable spike in property purchases ahead of the October event," he added.

According to Property Finder, the big ticket sales concluded in February include an Dh700.2 million purchase deal for the iconic Shangri-La Dubai hotel on Sheikh Zayed Road and the Dh75-million luxurious seven-bedroom luxury villa in Dubai Hills.

Later in February, another seven-bedroom property, also in Dubai Hills, was sold for Dh69 million.

Off-plan villa projects proving most popular in February were situated in the well-established Arabian Ranches 3 area and the up and coming Dubai South (Dubai World Central) zone – notably the closest district to the Dubai Expo 2020 site, it stated.

On the solid sales, Kesisoglu said: "Location is crucial, and Dubai has a community for everyone – for single, young, and for large local families."

"Our newly-launched innovative map search tools make it easier than ever before to search and find the perfect area to live in – whether you are familiar with the emirate or not," he added.-TradeArabia News Service