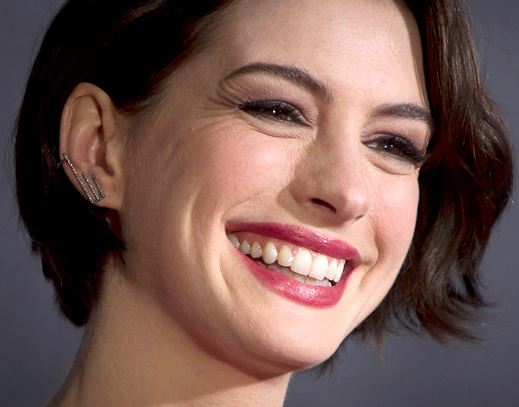 Hathaway confirmed earlier this year that she and her husband, actor Adam Shulman, were expecting a baby by posting a photo on Instagram that revealed her expanding stomach. US media, however, had already leaked the news in November.

Hathaway, 33, earned an Oscar in 2013 for her performance as Fantine in "Les Miserables."

Some of her other best-known films include the family-friendly comedy-drama "The Princess Diaries" in 2001 and the hit 2006 comedy "The Devil Wears Prada."