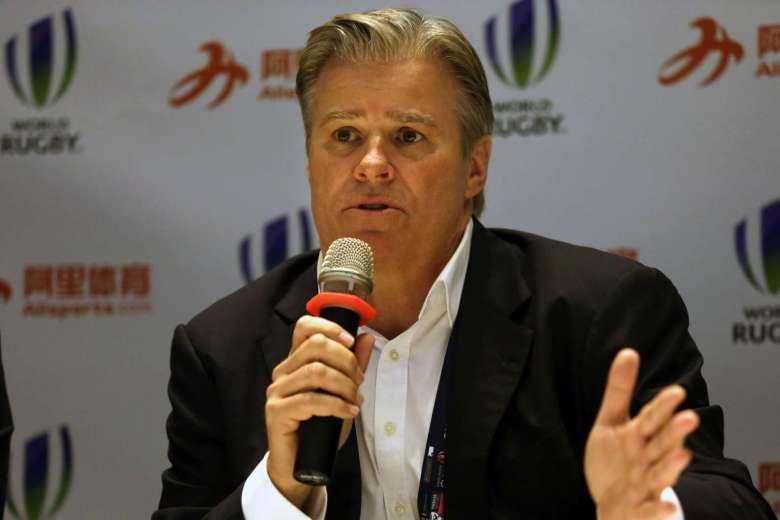 Hong Kong: China has ambitions to host the Rugby World Cup, the sport's CEO told AFP on Sunday as he unveiled an Alibaba tie-up aimed at transforming the game in the world's most populous nation.

Under the new deal, Alibaba's sports division Alisports will support a revamp of China's grassroots rugby and competitions, and increase the sport's visibility through its Internet platforms.

World Rugby CEO Brett Gosper said a Chinese stop on the sevens world series was now a possibility -- as was staging the sport's pinnacle competition, the Rugby World Cup.

"I think one day, for sure," he told AFP after signing the deal at the Hong Kong Sevens, when asked about the chances of China holding the World Cup.

"We can't put a date on that but I think if over the next 10 years, the development programmes from grassroots through to pathways for players into the Olympics and into top 15s teams, and some big events in China... inspire the young kids and so on, there's absolutely no reason why China wouldn't host one day a Rugby World Cup.

"I know they have that ambition, and it's a good ambition to have."

Rugby is enjoying a surge in Asia, thanks to the upcoming 2019 World Cup in Japan, the popular 10-stop sevens world series and Super Rugby's expansion to include a team from Tokyo.

Rugby's return to the Olympic programme this year has also raised the visibility of a sport which is trying to expand beyond its traditional nations and tap new markets.

The prospect of a Rugby World Cup in China would come as a surprise to most observers, as the sport currently has little participation or popularity there.

But the sky is the limit for Chinese sporting ambitions, with a bid for the football World Cup also hotly tipped under a push headed by none other than President Xi Jinping.

Under the deal announced in Hong Kong, Alisports will support a mass participation, training and education programme and broadcast exclusive World Rugby content on web platforms.

Alisports will also sell rugby merchandise and work with World Rugby on hosting and attracting tournaments -- with the World Cup seen as the ultimate goal.

"The platforms of Alibaba in particular, the technology they have, the access to databases, all the rest of it, means we have the most incredible promotional tool for the sport in China, so we see the profile (of rugby in China) raising," Gosper said.

"With the right investment, the right targeting, we can grow this sport very quickly in China and over this 10-year investment period we'll see a really big increase," he added.

China's men's rugby team is also far from world-beating but Alisports CEO Zhang Dazhong, also in Hong Kong to sign the new deal, said: "Things can change in the next 10 years."

"We need to find experts in coaching and bring China teams to a (higher) level," added Zhang. "Alibaba is willing to sponsor to get the right experts. It's not part of the agreement we just signed, but we believe it will happen."

Alibaba is investing heavily in the sports industry and owns a 38 percent stake in the reigning Chinese and Asian football champions, Guangzhou Evergrande.