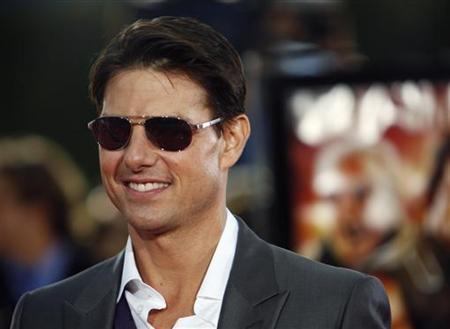 Last year, Tom Cruise took CinemaCon by storm, keeping theatre owners enraptured as he spun tales of how he risked life and limb by strapping himself to the side of an airplane on “Mission: Impossible — Rogue Nation.”

The actor behind the hit spy series couldn’t make it to Las Vegas this go-round. Cruise was busy filming in London, but he still taped a video appearance for the exhibition industry confab, promising that super spy Ethan Hunt will be back for more global espionage and gravity-defying world saving. Filming will begin next fall with “Rogue Nation” director and co-writer Christopher McQuarrie returning for another adventure.

The mission may change, but the formula will stay the same. Cruise said that there will be “…more incredible set pieces, stunts…and what I think is a very entertaining and compelling story.”

In addition to promises of more escapades for Hunt and the IMF, Cruise will return as former U.S. Army Military Police Corps officer and general badass, Jack Reacher. The new film, “Jack Reacher: Never Go Back,” reunites Cruise with his “The Last Samurai” director Ed Zwick. The actor said that the film is about an “analogue character in a digital world,” and promised that it would feature “real classic movie, movie stuff.”

Paramount, the studio behind both franchises, unveiled the first footage from “Never Go Back” — highlighting scenes that showed Reacher using his hands and wits to get the best of anyone dumb enough to challenge him.

The trailer begins with Reacher calmly sitting at a diner counter, sipping coffee, while law enforcement officers marvel at a heap of mangled and brutalised bodies just outside the entrance. They then make the mistake of trying to bring Reacher to heel.

“Two things are going to happen in the next 90 seconds,” Reacher calmly states, while pointing to a pay phone. “First that phone is going to ring. Second you’re going to be wearing those cuffs on your way to prison.”

The trailer also shows Reacher partnering with a military officer played by Cobie Smulders (“How I Met Your Mother”), but didn’t offer up much information on what kind of grand conspiracy they will be untangling.

Audiences will have to wait until Oct. 21 to find out who is on the other end of the line.