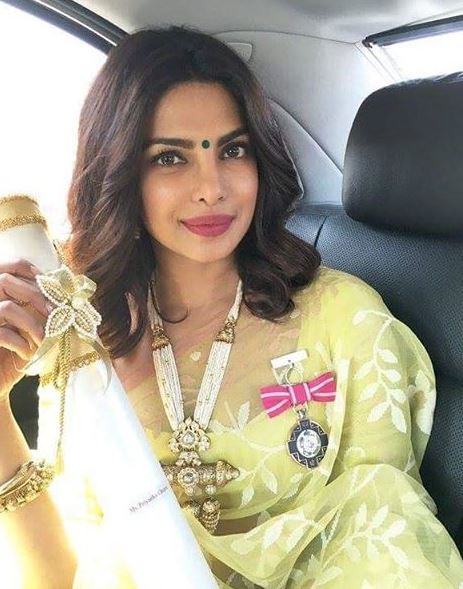 The 33-year-old former Miss World, who especially flew down to India from her ‘Baywatch’ shoot in Los Angeles to receive the honour, said Padma Shri is the best award.

“This is the best award I have ever received. Thank you so much. I am grateful,’ she told reporters here.”

The ‘Jai Gangajaal’ star looked elegant in a lemon yellow saree as she received the honour.

The actress ventured into Bollywood in 2003 with the film ‘The Hero: Love Story of a Spy’ followed by ‘Andaaz’, ‘Mujhse Shaadi Karogi’, ‘Krrish’, ‘Fashion’ and ‘Bajirao Mastani’.

She has made India proud globally with her role of FBI agent Alex Parrish in ‘Quantico’ and bagging the Hollwood film ‘Baywatch’ alongside Dwayne Johnson and Zac Efron.