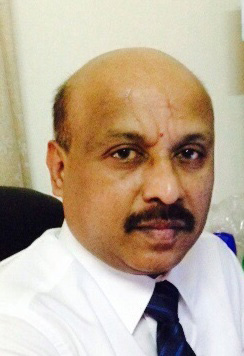 Another colourful IPL edition has started in India along with the venerable county season in England. But I, being a purist and all that, grudgingly, admit I’m still relishing glorious memories of the just concluded World T20.

To me, it was the most inclusive and inspiring cricket tournament in a long time. It had great character and even greater characters, and in only a few weeks proved that the shortest form of the game is also cricket after all – not just because it did not have cheer leaders or DJs screaming at the audience to make ‘some noise’.

It also proved that the shortest form of the game can still be played in traditional style, so emphatically showcased by India’s Virat Kholi in batting and a variety of spinners, particularly Samuel Badree of the West Indies, in bowling.

Above all, the event saw re-emergence of one of the most loved/envied and romantic teams as undisputed champions, even though only in the shortest format of the game.

That West Indies women also won the title made it doubly delightful for a group of nations in the Caribbean going through a tough time in cricket.

Then there was the riveting sub-plot of Afghanistan, whose entry into the main draw was a heart-warming story in itself. I don’t think any other team played with as much passion as amateurs from this war-torn nation. And no team celebrated with as much fervour as the Afghans. To such an extent that even their beaten rivals, the West Indians, joined in their celebrations. It was the single unforgettable moment of World T20.

West Indies were the dark horses before the tournament. They were not even sure of making it to India on time, being embroiled with their board over payments. But, as if proving their pedigree they appeared a transformed lot once on the field. The loss to Afghanistan proved merely a hiccup on the way to the summit.

The West Indies played their cricket the only way they know – instinctively and with abandon. To such an extent that their supposed match-winner Chris Gayle was reduced to a caricature at the business end of the tournament (after his century in the opening match against England, he scored 4, 5, 4).

The secret behind the West Indies success was their ability to find a match-winner when it mattered the most … Lendl Simmons, Johnson Charles, Andre Fletcher, Marlon Samuels, Carlos Brathwaite and, of course, the silent assassin, Badree, were shining examples.

Simmons came in as a late replacement and in his first match in the tournament steered West Indies past the odds-on favourites India in the semi-finals with a 51-ball 82 while Brathwaite played an even more crucial and, by hindsight, decisive, role in the final with four successive sixes when his team needed 19 runs off the final over.

Until then he had made just 25 runs in his previous five innings!

At the other end, World T20 was heartbreaking for Ben Stokes and Kohli, which only proves how cruel, insensitive and unpredictable sport can be. Stokes had bowled a superb last over in the previous match and Kohli played yet another orthodox personified knock while leading India past Australia in a knock-out clash. He was also top scorer in the semi-final.

The four boundaries Kohli struck in the 19th over against Australia constituted the greatest counter-attacking batting I have seen in my life, where the batsman is technically correct yet innovative and creative, exploring vacant spaces with the finesse of a geologist without being unpleasing or unpleasant visually.

By stark contrast, Brathwaite’s four sixes in the final over of a title showdown were …. what else … just part of T20 magic and mania.

I now wait for Ferrari to do a West Indies act in Formula One or Brazil in soccer World Cup!