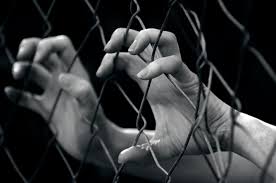 In order to effectively curb the menace of human trafficking to Middle East, India and the UAE will soon sign an MoU for co-operation in preventing and combating the crime.

A meeting of the Union Cabinet, chaired by Prime Minister Narendra Modi gave its approval for signing of the MoU between India and the UAE under which a joint task force with representatives from both sides would also be constituted to monitor its implementation.

The MoU is expected to be signed very soon after the approval, an official spokesperson said.

It will strengthen the bonds of friendship between the two countries and increase bilateral co-operation on issues of prevention, rescue, recovery and repatriation related to human trafficking, especially of women and children, expeditiously.

It will strengthen co-operation to prevent all forms of human trafficking and ensure speedy investigation and prosecution of traffickers and organised crime syndicates in either country.

It will ensure taking preventive measures that would eliminate human trafficking in women and children and in protecting the rights of victims of trafficking.

The repatriation of victims would be done as expeditiously as possible and the home country will undertake the safe and effective re-integration of the victims.