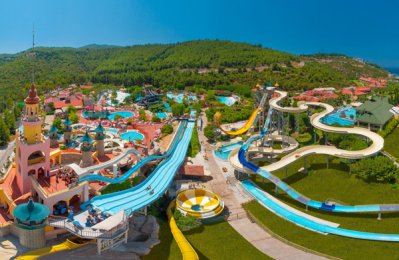 Dubai developer Emaar Properties is in discussion with Turkish hotel group Rixos for a strategic  partnership in its upcoming 250,000 sq m theme park project in Turkey, said a report.

Rixos, which is financing the project in Antalya, was not immediately available for comments.

Work on the 1.2 billion Turkish lira ($408 million) theme park, according to the engineering firms involved in the project, started in 2014 and is spread over 250,000 sq m in Antalya region of Turkey, reported The National, citing local media reports.

The first phase of the project is expected to open in May in Belek, Antalya, according to the Daily Sabah newspaper.

Rixos has a resort on the Palm Jumeirah and Rixos Bab Al Bahar in Ras Al Khaimah. It is expected to open the 414-room Rixos the Walk in Dubai Marina this year.