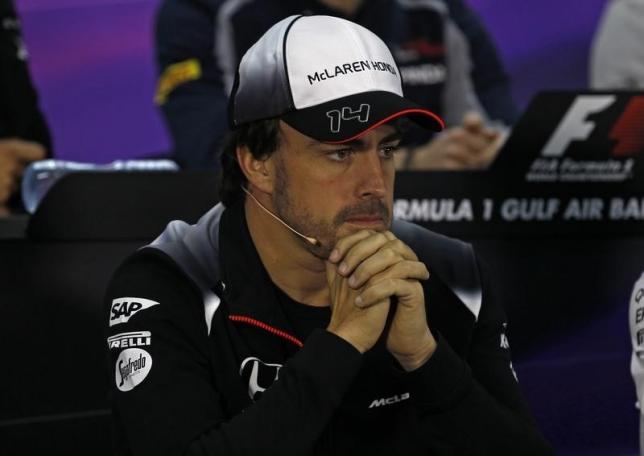 McLaren Honda Formula One driver, Fernando Alonso of Spain, listens to a journalist during the drivers press conference ahead of the Bahrain F1 Grand Prix. (Reuters Photo)

The double world champion, who suffered a sickening crash at the season opener in Australia, will undergo further tests after Friday's first free practice to determine his "further eligibility".

Alonso insisted he was "120 percent ready" to compete in Shanghai.

"I feel good," said the Spaniard, who sat out the Bahrain race two weeks ago with a fractured rib after failing a medical.

"I was mentally 100 per cent in Bahrain but physically in a lot of pain," added the 34-year-old.

"I was ready to try and see if the pain was manageable with the rib broken, but now I'm mentally 120 percent and physically 100 per cent. The pain level is zero."

Alonso's McLaren flipped and went into a terrifying roll in Melbourne after he clipped Esteban Gutierrez's Haas at close to 200mph, but the two-time champion crawled from the wreckage before walking away.

He showed no ill signs on Thursday.