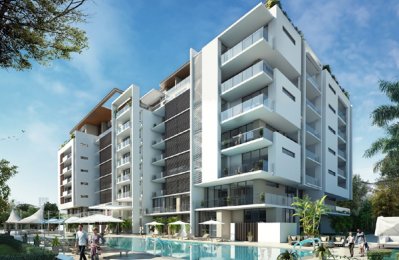 Sobha Group, a leading luxury real estate developer, has announced the launch of Sobha Hartland Greens, a luxury building with cityside living in its urban mixed-use waterfront development in the epicentre of Dubai.

The eight-storey residential project at Sobha Hartland in Mohammed Bin Rashid Al Maktoum City, is beautifully set within a three km radius to the city’s main attractions. Residents will also have easy access to restaurants and entertainment facilities within the community, said a statement from the company.

Sobha Hartland Greens includes eight floors of residential apartments varying from studios, to one-, two- and three- bedrooms. The luxury apartments start with an attractive price from Dh804,000 ($218,206) with exceptional payment plans on offer.

The handover of units will start from December 2017, said a top official.

"The launch of Sobha Hartland Greens comes in line with the huge demand we are witnessing for luxury living in Dubai," remarked PNC Menon, the founder and chairman of Sobha Group.

"The apartments have been designed to enhance the lifestyle of residents with an abundance of living space and expansive layouts. The tower is strategically located at the heart of the community and will have all the amenities a resident needs," he added.

They will also have easy access to the Dubai Canal and Metro, both of which will envelope Hartland’s low density environment, it added.-TradeArabia News Service