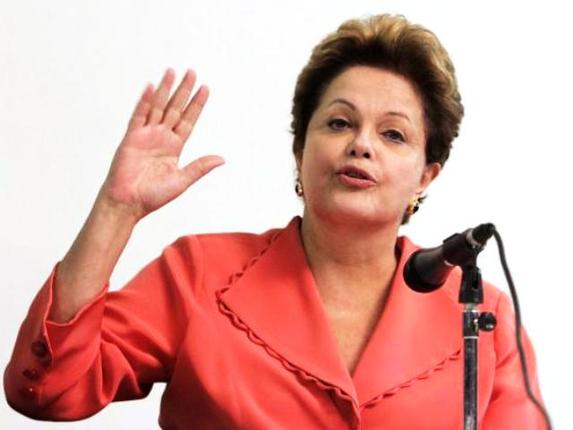 Brasilia: Brazilian lawmakers have authorised impeachment proceedings against President Dilma Rousseff in a rowdy, circus-like showdown that plunged Latin America's biggest country into profound political crisis.
Opposition deputies in the lower house of Congress needed 342 of the 513 votes, or a two thirds majority, to send Rousseff to the Senate, which will now decide whether to open a trial. They got there after five hours of voting.

Wild cheering erupted from the opposition at the 342nd vote, countered by furious jeering from Rousseff allies in a snapshot of the radical and bitter mood consuming Brazil just four months before Rio de Janeiro hosts the Olympics.
Outside Congress, where tens of thousands of people were watching giant TV screens, the split was echoed on a mass scale -- with opposition supporters partying and Rousseff loyalists in despair.

"I am happy, happy, happy. I spent a year demonstrating in hope that Dilma would be brought down," said retiree Maristela de Melo, 63. Several thousand police stood by and the rival camps were separated by a long metal wall.
If, as many expect, the Senate goes on to impeach the leftist president, Vice President Michel Temer -- who abandoned Rousseff to become a key opponent -- will assume power. But opposition celebrations could be short lived, analysts say.

Temer would inherit a country wallowing in its deepest recession in decades and a dysfunctional political scene where Rousseff's Workers' Party vows revenge. "It will not be easy" for Temer, said Andre caesar, an independent political analyst. "It will be a nightmare." Rouseff, 68, is accused of illegal accounting manoeuvres to mask government shortfalls during her 2014 reelection. Many Brazilians also hold her responsible for the economic mess and a massive corruption scandal centred on state oil company Petrobras, a toxic record that has left her government with 10 per cent approval ratings.

The president and her allies had lobbied frantically in a last-minute effort to turn the tide, with her mentor, the fiery ex-president Luiz Inacio Lula da Silva, flying back from his home in Sao Paulo to join the final assault.
Now the decision by the lower house moves the matter to the Senate, which is expected to vote in May on whether to open a trial. In case of a green light there, too -- which experts also consider almost certain -- Rousseff would step down for 180 days while the trial got under way.