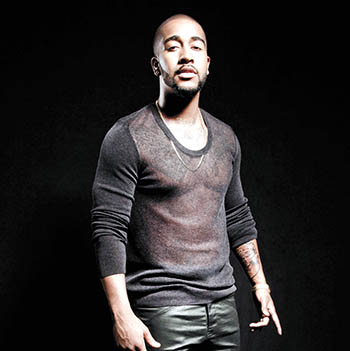 US R&B singer and songwriter Omarion will perform next month at the grand opening of MJ’s Bowling Lounge, Budaiya.

The California-based artist will take to the stage for his first-ever performance in Bahrain on May 12.

It debuted on the Billboard 200 and received a Grammy Award nomination for Best Contemporary R&B Album.

He went on to release three more albums, the most recent in 2014, which contained the single Post To Be, which was certified platinum and reached the top 20 on the Hot 100 chart.

The event will provide an atmosphere of urban beats for the diverse range of social and cultural groups from around the Middle East.

MJ’s in-house resident DJ Arwin will also be on the decks supplying the latest tunes.

Doors will open at 8pm.