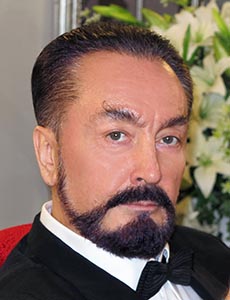 Your child is probably the most important person in your life. Everything about him is special; his laughter, his smile, his first steps and his first day at school. These are all beautiful memories to be cherished forever. His well-being is extremely important to you and his needs come always before your needs. You just want him to be happy and you would do everything in your power to prevent anything bad from happening to him.

And this is exactly the way it’s supposed to be, because children are among the most beautiful blessings created by God; they are innocent and pure, sweet and full of life. Everyone wants children to be happy and safe.

But did you ever think that there are millions of children in the world who don’t receive this kind of love or care? Did you know that 230 million children around the world today live in areas affected by conflicts and face horrors and trauma even adults shouldn’t face? Did you ever stop to think about the 7.5m Syrian children who have been left alone by the world to face harrowing difficulties?

In a country which is utterly destroyed, homeless and vulnerable, Syrian children are facing constant danger and horrors at every corner. Snipers on their heels, a constant shower of barrel bombs, the horrific deaths of their beloved ones, hunger, abuse and exploitation are only a few of these atrocities. If they manage to get on one of those rickety boats for the so-called ‘death voyages’ in Europe, they risk the danger of drowning in seas: If they make it to Europe, humiliation, rejection, and worse, human traffickers, all too often await them.

What about the children who sought refuge in neighbouring countries?

Of the 3.2m Syrians who left their country to seek help elsewhere – usually with nothing more than their clothes – half are children. After an arduous trek that continues for days in hot deserts, they reach their destination only to face a second trauma. As the world turned a blind eye to Syrians, the neighbouring countries of Turkey, Lebanon, Jordan and Iraq opened their doors to millions of them in an outstanding display of conscience.

However, life is very difficult for refugees, especially in Lebanon, Jordan and Iraq. The so-called refugee camps are nothing more than a mass of plastic tents built on mud. They usually lack basic living standards with no regular electricity and water. School, friends – things Western children take for granted – are most of the time mere dreams for Syrian refugee children.

These children age prematurely and face the difficulties of adult life: They have to take of their families, work in labour-intensive jobs and risk exploitation. For instance, 12-year-old Badr, living in the Zaatari Camp in Jordan, carries heave goods for one hour only to be paid one dollar. He is not complaining. Instead, like others, he is thankful because now at least he is safe.

Does the love, care and compassion a child receives depend on where he lives? Does a child living an affluent life in New York city deserve more love and care than an orphaned child in Syria?

Each one of us has a responsibility to help these children because being a bystander to tyranny is in itself tyranny. It is our duty to do everything in our power to save these children from pain and suffering they should never have to endure. Otherwise, every drop of blood, every moment of pain and every tear they shed will be the responsibility of those who have failed to help.