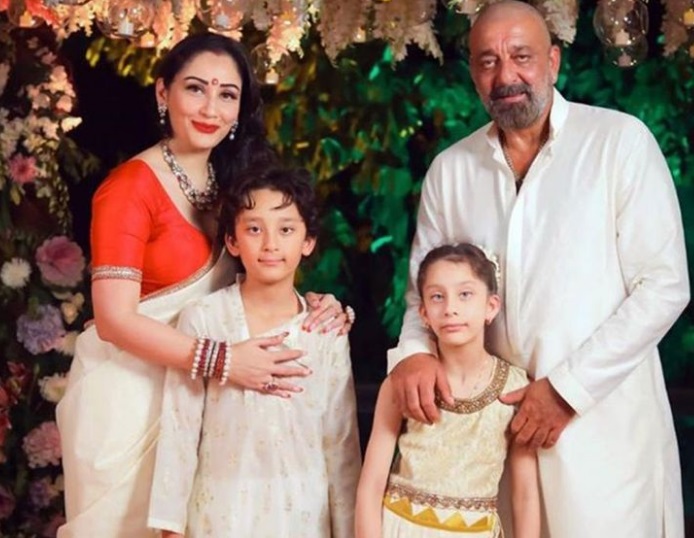 Sanjay Dutt with his wife Maanayata and twins Shahraan and Iqra.

Dubai: Bollywood actor Sanjay Dutt has landed in Dubai on Tuesday via a private charter flight.

The actor, who is reportedly battling cancer, travelled along with his wife Maanyata Dutt.

Mr Dutt travelled from Mumbai to spend time with his twin children in the UAE and they are planning to be here for 10 days, Times of India reported.

The couple, who are frequent travellers to Dubai, took to social media to announce their arrival.

It was widely speculated in August that Mr Dutt is battling lung cancer, a diagnosis not confirmed by the actor.

“Hi friends, I am taking a short break from work for some medical treatment. My family and friends are with me and I urge my well wishers not to worry or unnecessarily speculate. With your love and good wishes, I will be back soon,” tweeted Sanjay in August.