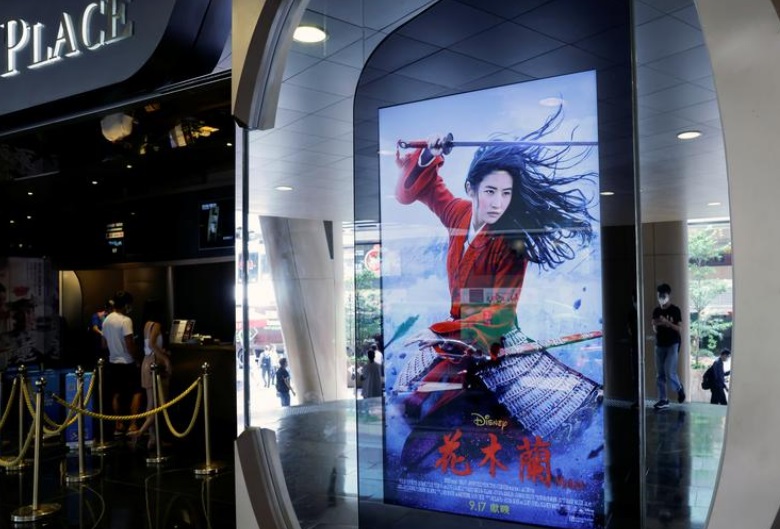 Hong Kong: Walt Disney Co’s live-action remake of “Mulan” opened on Thursday to a lacklustre reception in Hong Kong, where pro-democracy activists have been leading calls to boycott the movie.

Based on a Chinese folk story, the film has provoked a backlash in the Chinese-ruled city and elsewhere over its star’s comments of support for Hong Kong police during protests last year and for being partly filmed in the Xinjiang region.

“I will not watch Mulan because of its cast and filming location,” said 24-year-old clerk Cherry Lee as she passed by the Mong Kok Broadway Theatre screening the film.

Hong Kong activist Joshua Wong and internet users in Taiwan and Thailand have been among those promoting hashtags “#BoycottMulan” and “#BanMulan” on Twitter, following this month’s launch of the film on Disney’s streaming platform.

Most Hong Kong cinemas had their first showing of Mulan on Thursday morning.

At Mong Kok Broadway Theatre, in a popular protest area, Mulan sold one third of the tickets at its debut according to frontdesk staff, around 20 percent fewer than local movie “i’m livin’ it” by Hing Fan Wong, which debuted at the same time.

“I’ve known the story of Mulan since I was little,” said retiree Chan, as he entered the cinema.

He declined to give his first name to avoid getting involved in the controversy.

Mulan also had a cold reception in mainland China, where Chinese authorities had told major media outlets not to cover the film’s release in the wake of the uproar.

Internationally, the criticism has focused on the movie being partly filmed in Xinjiang, where China’s clamp-down on ethnic Uighurs and other Muslims has been criticised by some governments and rights groups.

Retiree Kwok, 65, who declined to give his first name, said he liked the movie because it represented values such as “safeguarding the country and helping families” at a time when China was being “suppressed by the United States.”