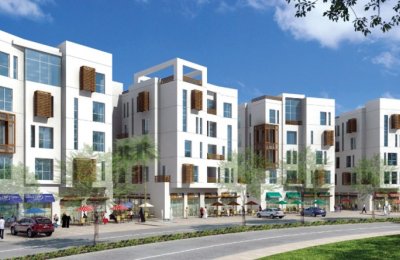 In a major move aimed at boosting the country's real estate sector, Oman's Ministry of Housing and Urban Planning has let non-Omanis purchase units in multi-storied commercial and residential buildings under the usufruct system.
As per the decision, issued by Dr Khalfan bin Said al Shu’aili, Minister of Housing and Urban Planning, the percentage of units sold to the expatriates should not exceed 40 per cent of the total number of units in a multi-story commercial or residential building and not more than 20 percent of one particular nationality of the allocated percentage, reported Oman Observer.
The other conditions are the buyer must be a resident of Oman for over two years at the time of application and not less than 23 years of age. The expatriate or his first-degree relative can own only one unit, it stated.
The owner can take benefit from the common or shared facilities in the building.
The owner will be allowed to sell the unit only after four years from the date of the purchase, while the property can be transferred to the legal heir in case of death, said Al Shu’aili.
The potential buyer can seek finance, including the mortgaging of the usufruct right, from any financial institution, he added.
This is part of the ministry's move to stimulate investment in the promising real estate sector to achieve specific growth rates which enhance the performance of related activities and achieve sustainable development, stated the report, citing the under-secretary at the ministry.
In the first phase, the decision is applicable to certain locations in Muscat, namely Bausher, Al Amerat, and Al Seeb, the report said.
The places which are open for non-Omanis to buy properties are Bausher (1-3), Al Khuwair (2), Ghala Heights (1-2), Wattayah (1-2), and Misfah (2), Amerat, Hashiya (1), Mahajj (Area 1), Madinat al Nahdah (2-5), Seeb (South Mawelah 5), Al Khoud (2) and Mabelah South (7), it added.