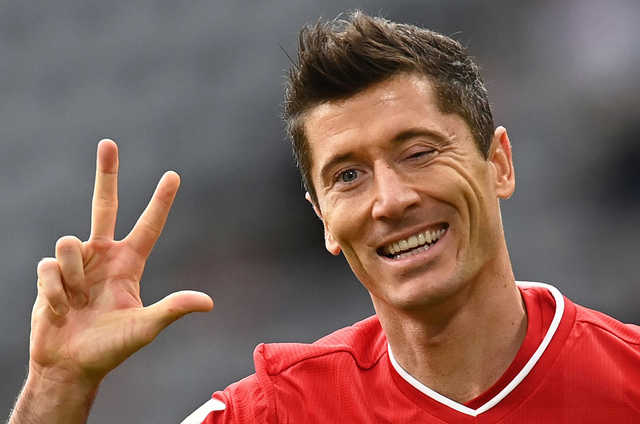 In a typically ruthless Bayern performance, the prolific Poland forward struck twice in the first half hour and added a third after halftime before substitutes Leroy Sane and Jamal Musiala completed the rout.

The only disappointment for Bayern was an early injury to Alphonso Davies who had to be carried off after twisting his ankle in the fifth minute.

Bayern later said the 19-year-old Canadian had suffered ligament damage and would be sidelined for six to eight weeks.

Bayern moved into second place with 12 points from five games, one behind RB Leipzig who beat Hertha Berlin 2-1. Eintracht have eight points.

Bayern coach Hansi Flick said the only surprise about Lewandowski, who has faced a marathon of games since the start of the season, was that he asked to be replaced after his third goal.