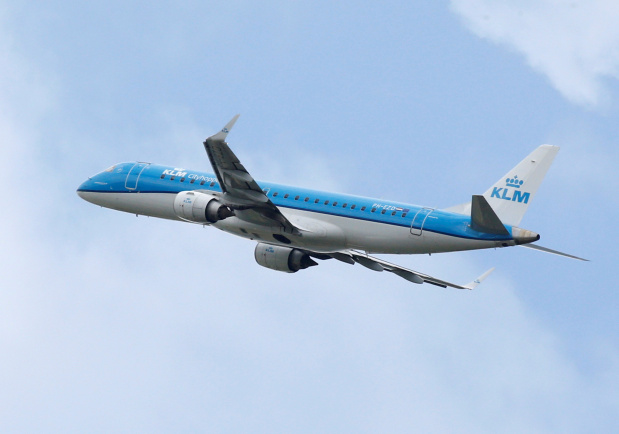 Shares in the Franco-Dutch airline group fell after it reported a 67% drop in third-quarter revenue to 2.52 billion euros on Friday, as France returned to full lockdown for at least a month.

"The gradual closure of international borders in the second half of August and the resurgence of the pandemic strongly impacted our results," Chief Executive Ben Smith said.

Air France-KLM has 12.4 billion euros in liquidity, thanks largely to a French and Dutch government-backed bailout, a cash cushion comparable to those of European peers Lufthansa and IAG.

IAG, owner of British Airways, vowed on Friday to continue slashing costs after posting a 1.3 billion-euro loss for the three months to Sept. 30.

Net debt at Air France-KLM increased by 1.34 billion euros over the quarter to 9.31 billion.

Air France is expected to operate less than 35% of its year-earlier capacity in the fourth quarter, with KLM running about 45% of its schedule.

And the group's 1.22 billion-euro quarterly operating cash burn would have been 582 million euros worse without payment delays agreed with suppliers and tax authorities - the benefits of which will now begin to wear off.

The operating loss was better than the 1.24 billion euros expected by analysts on 2.79 billion in revenue, according to the median of 16 estimates in a company consensus poll.

Earnings before interest, tax and depreciation came in at a negative 442 million euros and will be "substantially lower" in the fourth quarter, Air France-KLM said.

Some 565 million euros in restructuring charges swelled its bottom-line net loss to 1.67 billion.

By year end, the group expects to reduce headcount by 8,800 full time-equivalent positions, or 10% of its pre-crisis level, with more cuts due in 2021 at Air France - which accounted for 78% of the group operating loss.

KLM said it would consider "further rightsizing" as the pandemic drags on, with the Dutch government also pressing for longer-term wage restraint commitments.

Losses would have been significantly deeper at both carriers without wage subsidies granted by their respective governments or their hasty action to slash costs.

A doubling of cargo unit-revenue was a rare bright spot, thanks to freight pricing supported by the widespread grounding of planes, but did little to offset the broader gloom.

Air France-KLM said it still aimed to raise new capital to bolster its debt-laden balance sheet: a second step demanded by creditor banks and announced with the April bailout. "We're working intensively on it," Gagey said.