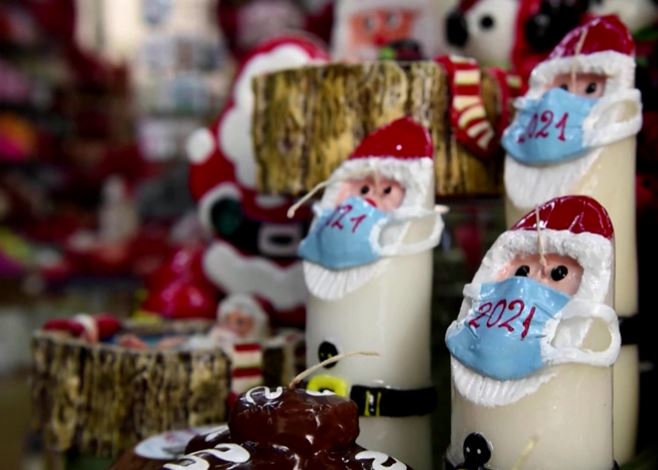 Thessaloniki: A Greek candlemaker has come up with a novel way of highlighting the need to wear a mask to curb the spread of the new coronvirus; putting them on his Santa candles.

Alexios Gerakis in the northern town of Thessaloniki has made decorative candles featuring Father Christmas, with a big blue surgical mask covering his white beard.

“Because of the times, we are trying to convey a message that health comes first, then everything else,” Gerakis, 37, told Reuters Television.

Snowmen are also sporting a mask.

Thessaloniki has been hard hit by the Covid-19 pandemic in a second, more aggressive surge which resurfaced in the autumn which forced Greek authorities to reimpose a nationwide lockdown which expires at the end of November.

Greece registered a further 2,198 cases and 58 deaths on Monday, its second-highest daily death toll so far.

It has reported a total of 78,825 coronavirus infections since February, and 1,228 deaths.

“Christmas is a bit of a question mark for all of us this year I think, we don’t know how this will end. We have to be optimistic, but it’s uncertain what will happen,” Gerakis said.