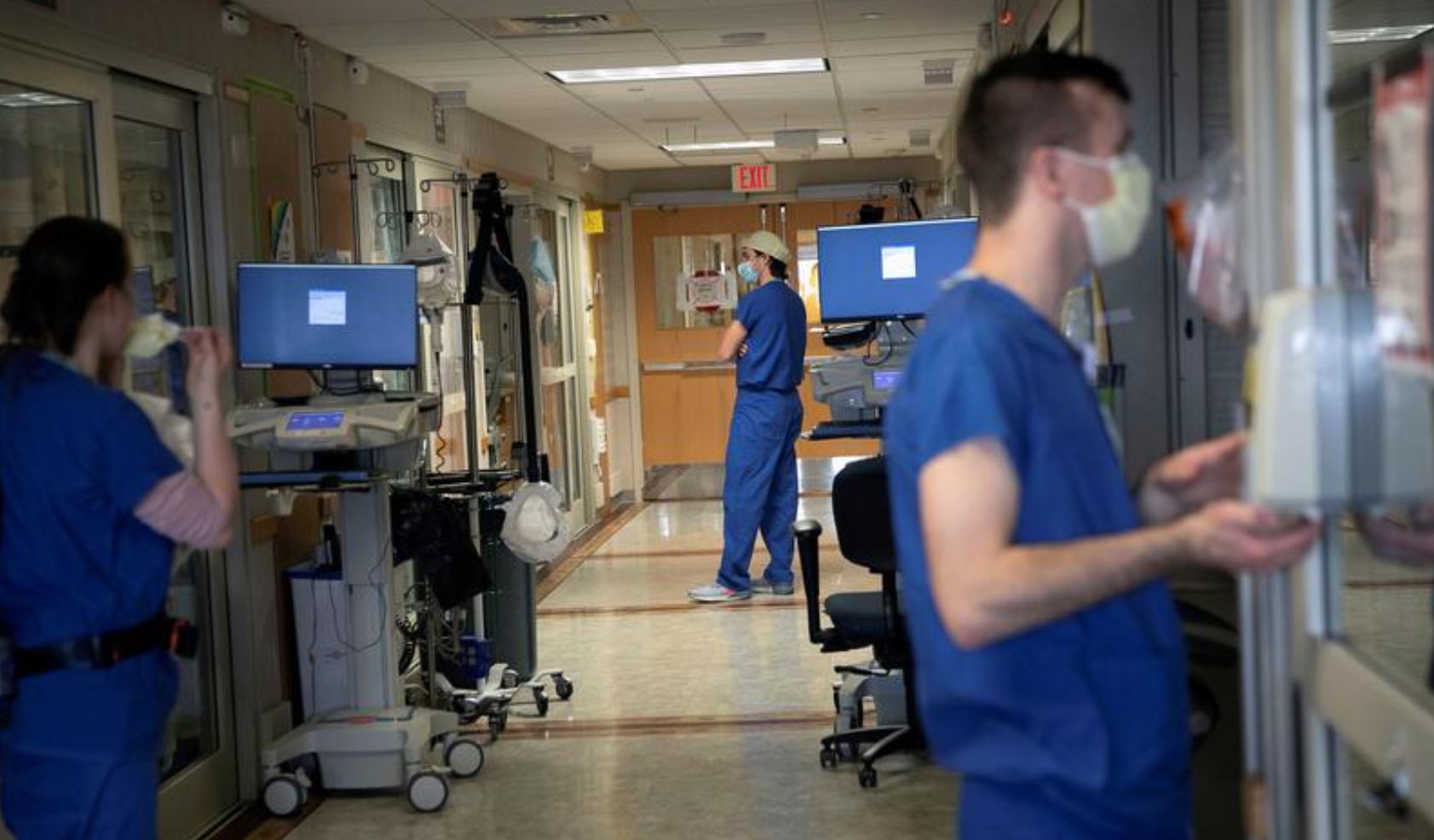 Sacramento, California: California’s governor on Thursday imposed a curfew on social gatherings and other non-essential activities in one of the most intrusive of the restrictions being ordered across the country to curb an alarming surge in novel coronavirus infections.

The stay-at-home order will go into effect from 10 p.m. until 5 a.m. each day, starting Saturday night and ending on the morning of Dec. 21, covering 41 of California’s 58 counties and the vast majority of its population, Governor Gavin Newsom said.

“The virus is spreading at a pace we haven’t seen since the start of this pandemic, and the next several days and weeks will be critical to stop the surge,” Newsom, a Democrat, said in a statement announcing the measure a week before the Thanksgiving holiday.

A similar 10 p.m.-to-5 a.m. curfew order was issued on Thursday in Ohio and will remain in effect for the next 21 days, Governor Mike DeWine, a Republican, announced separately.

As in California, the Ohio curfew would not prohibit grocery stores from remaining open past 10 p.m, or keep restaurants from staying open late for takeout orders. Individuals would likewise be permitted to venture out for food, medical care, or other necessities, as well as to take a jog or walk a dog.

In California, the restriction essentially marks a return to the first-in-the-nation, statewide stay-home order that Newsom imposed in March, except it applies only during the designated curfew hours rather than around the clock.

Signs of a resurgent public health crisis have emerged more starkly across the country, with officials forced to retreat from tentative steps to normalize daily life during what had been a brief lull in the pandemic.

The U.S. Centers for Disease Control and Prevention issued a “strong recommendation” on Thursday that Americans refrain from traveling for the holiday.

Later in the day, President-elect Joe Biden emerged from a teleconference with a bipartisan group of 10 governors saying they had discussed a possible universal face-mask requirement - an idea Biden has strenuously advocated as a “patriotic duty.”

Biden also repeated he had no plans to impose a U.S. economic lockdown.

REIMPOSING RESTRICTIONS
Newsom and DeWine’s orders were among the most restrictive of various measures state and local government leaders nationwide have imposed on social and economic life this week as COVID-19 hospitalizations and deaths have soared heading into the winter, when more people congregate indoors.

Minnesota ordered a shutdown of restaurants, bars, fitness centers and entertainment venues from Friday until Dec. 18 at the earliest, as the state’s hospital intensive care units were being stretched to capacity.

The number of patients hospitalized with COVID-19 in the United States has jumped nearly 50% in the past two weeks, with more than 80,000 people being treated for the disease in hospitals across the country as of late Thursday, a Reuters tally showed, the most at any time during the pandemic.

The COVID-19 surge - and the refusal of some Americans to take it seriously as a real threat - has taken its toll on healthcare workers.

“I think that we’re exhausted. We feel alone, alienated and hearing people not being supportive or compassionate - in fact, saying that we’re in some conspiracy - is incredibly painful,” Mariam Torossian, a pulmonary critical care physician at Providence Saint Joseph’s Medical Center in Burbank, California.

The U.S. death toll from COVID-19 surpassed 250,000 on Wednesday, with more than 2,000 additional lives lost as of Thursday, and public health experts projecting the cumulative number could climb well above 400,000 by March.

More than 20 states have adopted new mandates this month to confront the mounting crisis.

Newsom, a first-term Democrat, warned that “more stringent actions” may be necessary in California, the most populous U.S. state with some 40 million residents, if the latest efforts to blunt the contagion fall short.

Still, Republican state Assemblyman James Gallagher branded the governor’s curfew “arbitrary,” saying it would “further decimate struggling businesses that already face some of the toughest hurdles in the country.”

Sacramento County Sheriff Scott Jones, also a Republican, said he would not enforce it.

Mayor Bill de Blasio defended his decision to close the schools as a necessary but temporary measure, and said he expects the state to shut down indoor restaurant dining and gyms in the city “within a week or two” given rising infection rates.

Still, working parents voiced exasperation at the hardships it placed on them and the emotional toll on their children.

“I am sick, as a working mom, of waiting, checking Twitter to see if schools are going to be open tomorrow and how to juggle my work responsibilities and tell my daughter again to buck up,” Natalia Petrzela, whose 8-year-old attends public school in the city, told Reuters.

The Northeast, which for months had maintained low infection rates after being the epicenter of the pandemic in the spring, has experienced the highest percentage jump in hospitalizations at 85% over the past 14 days, according to Reuters data. During that same period, hospitalizations in the Midwest have risen 57%, in the West by 50%, and in the South by 34%.

In the nation’s capital, the Smithsonian Institution announced it would close its museums and the National Zoo beginning on Monday, with no set reopening date.

Looking further ahead, Pennsylvania officials announced that crowds will not be permitted to attend annual Groundhog Day festivities in Punxsutawney, Pennsylvania, on Feb. 2.