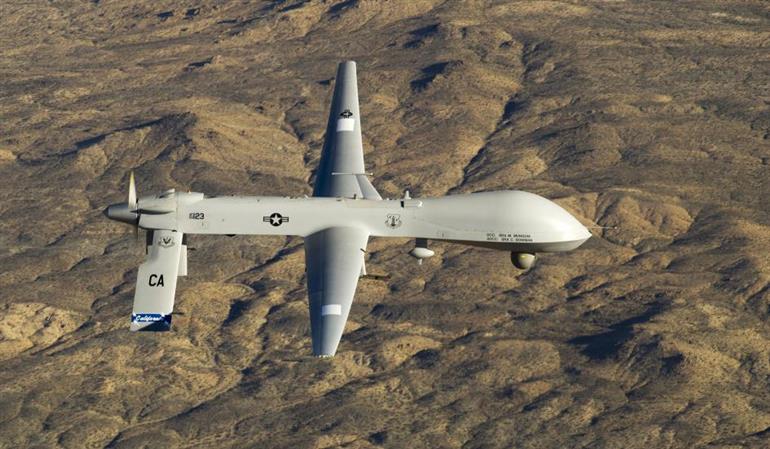 LONDON: Qatar will be implicated in funding and enabling shipments of drone components from China and Europe to Yemen’s Houthi rebels, according to a new report.

In a meeting next week in Europe, US security contractors will present information to an international panel investigating material shipments to the Iran-backed militia, The National newspaper reported.

One of the handful of contractors involved said that the US team had information on the officials involved, as well as documentation of money transfers and gold shipments that enabled the purchases.

An official report on the Houthis’ “client relationship” with Qatar is due to be published in the first few months of next year.

The experts tracking the trade have given warnings of its increasing sophistication after shipments were seized last year.

“The report of the experts will rely on witnesses who were contractors for the figures involved,” one of those who have come forward to testify said.

Since the Houthi takeover of parts of Yemen in 2014, there has been a dramatic increase in the rebels’ drone-making capabilities, primarily supported by Iran and agents of its Islamic Revolutionary Guards Corps.

But the Houthis also rely on Chinese and European technology transshipped through ports in Africa, the report said.

In mid-2018, the Houthis began using more advanced drones from Iran’s Sammad series, which is believed to have three variants with an operational range well beyond 1,000km.

These drones have powerful engines and can carry larger warheads.

A dossier circulated earlier this year laid out details of how Houthi-Iran drone production is financed by Qatar.

Using a front company in Cyprus that recycled funds from gold trading in central Africa, payments were made to European suppliers.

The evidence includes banking slips, paperwork on cash shipment and audio and video records of Qatari officials involved in the trade.

The documentation includes information on Qatar’s ties to Hizbollah and the Muslim Brotherhood.

Separately, a British MP claimed this week that a research report said that the US, which has a large military based in Qatar, had stopped sharing military intelligence with their hosts over its ties to Iran and Hizbollah.

Experts want to probe these links because Lebanese-based Hizbollah has been designated a terrorist organisation by the US and the EU.

Last month, the Arab Coalition in Yemen thwarted a number of drone attacks, intercepting an explosive-laden drone launched by the Houthis towards Jizan in Saudi Arabia and repulsing another aerial assault that sparked a fire near an Aramco oil distribution centre on the Red Sea coast.