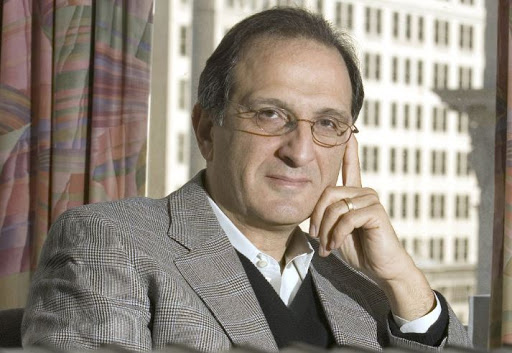 As we enter the third decade of the 21st century, I’ve been reflecting on the current messy state of affairs in the Middle East and what can be done to move us forward.

Ten years ago, I released ‘Arab Voices: What They Are Saying and Why It Matters’, based on our polling in the US and across the Arab world during the first decade of the 21st century.

What we observed was that there were two seminal events that bracketed and defined that decade: the horrific terrorist attacks of September 11, 2001, and the US invasion and occupation of Iraq.

Of the two, the Iraq war proved to be the most consequential. Born of hubris and blind ideology, it was the most devastating US foreign policy blunder since Vietnam.

By the end of the first decade of the 21st century the lasting impact of the war was clear. The US, which had begun this century as the world’s unrivalled superpower, had embroiled itself in a costly, bloody, and needless war that it could never win. Its military had been humiliated and exhausted. The costs in lives and treasure, both American and Iraqi, had been incalculable. And worldwide respect for the US had suffered immeasurably.

The war also unleashed sectarian conflict in Iraq, while also empowering and emboldening Iran to meddle in Iraq and beyond. The behaviour of the US occupation also fuelled Sunni extremism giving Al Qaeda new opportunities to recruit and grow.

A decade later, I released ‘The Tumultuous Decade’ based on our polling of Arab, Iranian, and Turkish public opinion during the second decade of the 21st century.

What came through clearly was that the negative developments that shaped the first 10 years of the century – sectarian conflict in Iraq, aggressive Iranian intervention, and diminished US capacity and leadership – were to have an increasingly devastating impact in the century’s second decade. Added to this already unsettled environment was the tumult created by what came to be called the “Arab Spring”.

The old regional order was collapsing and not in the way the naïve Bush administration’s ideologues envisioned. They had predicted that a decisive victory in Iraq would result in the US emerging as the uncontested world superpower and democracy spreading across the Middle East. In fact, the opposite had occurred.

The Obama administration began with the great promise of digging the US out of the deep hole it inherited. But the task proved too great. Their missteps in Iraq, followed by their lack of follow-through and loss of interest in the region, not only let wounds fester, but also left the US in a weakened position, unable to play a constructive role.

The rushed US departure from Iraq left in place a deeply sectarian government that served to exacerbate Sunni resentment causing Al Qaeda to morph into the even more lethal Daesh. This movement terrorised its way into controlling a sizeable piece of Iraq.

The Obama administration made several promising starts in addressing the Israeli-Palestinian conflict, but when confronted by Israeli intransigence and strong pro-Israel support in Congress, it faltered. When confronted by the “Arab Spring”, it found itself on the horns of a dilemma. It dithered in Egypt, Syria, and Yemen and then intervened in Libya with no intention, or capacity, to follow through, thus contributing to making a bad situation worse.

The administration’s one accomplishment, the Iran nuclear deal, only served to aggravate regional tensions. It may have removed the threat of the Iranian nuclear programme, but it resulted in further emboldening Iran’s regional meddling, while provoking states which had grown increasingly concerned with Iran’s aggressive and boastful role in Iraq, Syria, and Yemen.

What additionally came to define this decade were the roles being played by politicised or weaponised sectarian movements preying on deep unrest and causing chaos and conflict in the region. Instead of a unipolar world with the US in the lead, the region became a virtual battleground of multipolarity, engaging the US, Russia, Iran, Turkey, and the regional nations.