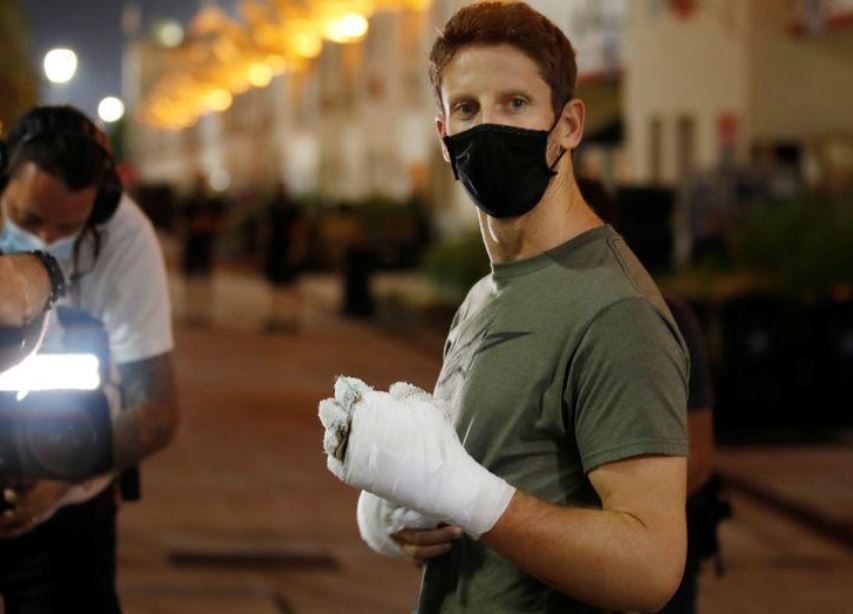 After Formula 1 driver Romain Grosjean escaped seemingly unscathed after a horrific accident during a race in Bahrain last year, he has been constantly updating fans about his recover.

The Frenchman suffered from burns on his ankle and his hands in what was one of the worst crashes in recent history.

In interviews about how the accident occurred, he said he failed to notice AlphaTauri while moving to the extreme right part of the track as Daniil Kvyat was in his blind spot.

“Yeah, I pulled over quite aggressively. I agree that I pulled pretty hard to the right,” he said.

“The rear-view mirrors are not the greatest in Formula 1, and visibility is even more difficult at a night race. If you take all these elements into account, then I haven’t done anything crazy.”

Although he lasted just three corners before crashing into the barriers, he felt that he had a great start to the race.

“I caught the exit from turn 1 well. In turn 2, nobody was on the right-hand side. I was able to take the momentum from turn 3 very well,” he said.