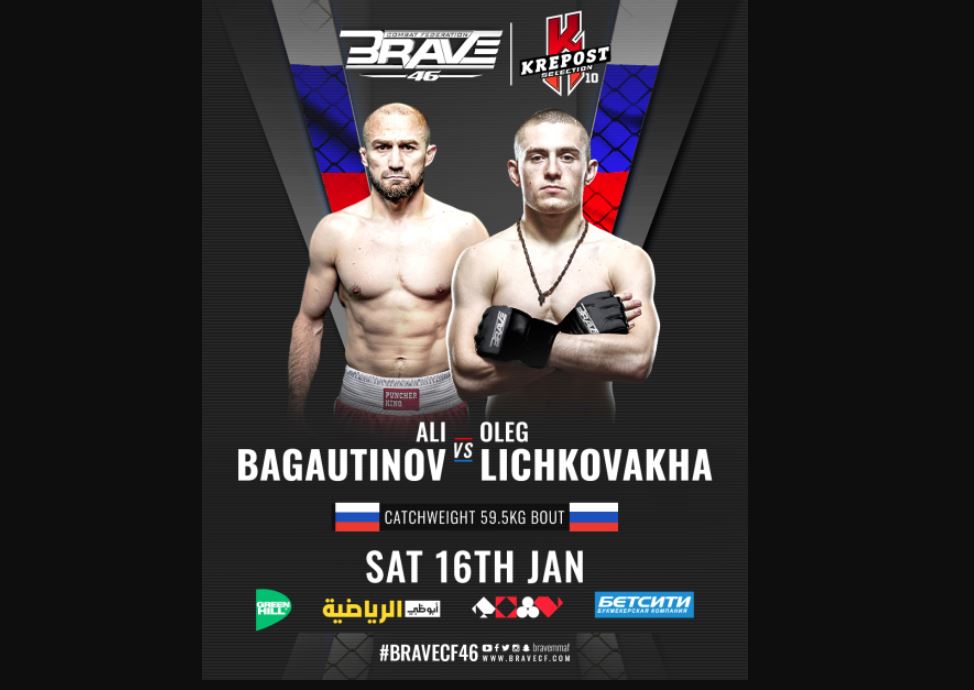 With the card getting closer, emotions have been running high and the pre-fight war of words is underway. Lichkovakha, who faces the long-time veteran Ali Bagautinov in the co-main event of the evening, believes that his opponent is not showing enough respect and is probably not even preparing himself properly for the contest.

“Ali underestimates me, I see him on Instagram sledding downhill in the snow and is having fun. He thinks he can easily win against me, that’s why he is relaxed. He thinks I’m a nobody, but I’m fired up, I want to win. I will beat him and shock the MMA community”, he said.

Despite acknowledging his opponent’s skillset and most prominent traits, Lichkovakha is positive that his more experienced counterpart won’t be a match for him on January 16. “Ali may have better stamina, but I have lasted three rounds in many fights and my endurance is much much better than him”, he stated. “His last fight was in boxing, he probably doesn’t even train wrestling anymore. I’m a better wrestler and grappler, I can submit him”.

When commenting on his prediction for the fight and how it’ll unravel, Lichkovakha made sure to say that he’ll prove his superiority in every aspect of the game. “I will use wrestling, striking, grappling, jiu-jitsu, everything to show I am the better fighter since everyone considers me an underdog. Ali, do not relax. Ride less on the slides and be careful. Don’t pull out cause you don’t want to face me”, he finished.

BRAVE CF 46 will be held in association with Krepost Selection. The main event of the evening marks the first title defence for the super lightweight world champion Eldar Eldarov, who’ll face the Brazilian challenger Leonardo Mafra in a five-round title showdown.